Overdose Epidemic Death Toll Continues to Rise, and Other News 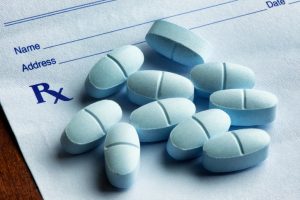 Opioid overdoses, which killed more than 33,000 people in 2015, are now the leading cause of death among people younger than 50. The Centers for Disease Control and Prevention (CDC) reports prescription opioids have driven the increase in opioid overdose deaths over the last 15 years.

The number of opioids sold has nearly quadrupled since 1999, even though Americans report no more pain than they did 15 years ago. Opioid overdoses kill 91 Americans each day. Prescription opioids account for almost half of all opioid deaths. Ohio recently filed suit against five opioid manufacturers, claiming the drug companies misrepresented the addiction risk inherent in their products.

Researchers predict deaths from opioids and other drugs will exceed 59,000 when statistics for 2016 are finalized. The figure could be as high as 65,000.

Attorney General Jeff Sessions recently announced plans to reinvigorate the war on drugs. Those plans include harsh mandatory minimums for a range of drug crimes. President Donald Trump recently established a commission to fight opioid addiction. His administration has also been criticized for proposing a 95% cut to the Office of National Drug Control Policy’s budget.

3 Ways Tech Could Boost Your Mental Health at Work

Apps can be a distraction or source of stress at work, but they can also improve psychological well-being. The right app can be particularly effective at sharpening mindfulness, instilling good habits, and offering virtual therapy options.

Young people in the United Kingdom face long waits and other significant barriers to mental health care. Research shows about a quarter of children seeking care from the National Health Service (NHS) are turned away because their conditions are not serious enough. Some young people have attempted suicide to access the help they need.

A new Facebook chatbot, which users can access through the social media platform’s messenger service, uses principles of cognitive behavioral therapy (CBT) to help users with mental health concerns. The bot is completely automated and does not offer therapy or serve as a substitute for therapy. Instead, it aims to help users feel less alone by offering support and referrals to mental health services.

This page contains at least one affiliate link for the Amazon Services LLC Associates Program, which means GoodTherapy.org receives financial compensation if you make a purchase using an Amazon link.
People who tie self-worth to professional success—and who believe factors such as money, popularity, and financial achievements are the best measures of professional success—are more likely to be unhappy. Embracing this myth can make failure and struggle more painful. Instead, according to the author of The Power of Meaning: Crafting a Life That Matters, people should cultivate skills such as generosity and wisdom.