Negative Body Image: An Introduction to the Conversation 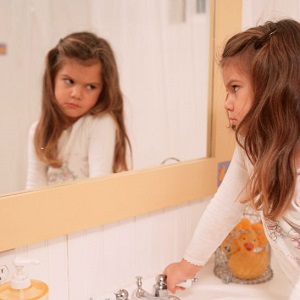 As a psychotherapist focusing on eating disorders, I have helped many people who have a negative body image. They may or may not have a struggle with food issues, but they don’t like their bodies, they don’t take pleasure in their bodies, they think their bodies are ugly. These are often very attractive people. Where does this problem originate? What does it really mean to have a poor body image? What is the negative impact of living with this? How serious is it? What seems to makes it worse? What makes it better? How can we begin to have a deeper understanding of this issue in order to make a difference in the lives of people who have a negative body image?

This is my first contribution to GoodTherapy.org with my thoughts about this issue. I plan to tackle some of these questions from my understanding that has grown out of working with people who work on their self-image and relationship to their bodies, and also drawing on my personal experience as a dancer, an actor, and a mother. I aim to contribute something new and fresh on the topic, rather than re-visiting what is already known. Though I will start with a basic review of the issue, I hope that my contributions will offer some insight on how, individually and collectively, we can work to battle against the storm to change our views of ourselves, and help others who have a negative body image.

Although distorted views of the body do impact men, body image issues are a bigger, more prevalent problem for women.

In my experience body image issues most often impact young, otherwise healthy, well-educated, intelligent women in the western world. These women who would often be considered privileged deal with the issue in silence. Despite education, privilege, freedom, and opportunity, they experience a nagging dissatisfaction in their relationship to a fundamental part of themselves. Few are able to understand it in a way that makes it any better. It starts young. Girls in grade school begin to express negative feelings about their bodies, they worry about being fat and they want to change their appearance. It is almost fashionable to dislike our bodies.

There is a lot of information out there on the influence of media and culture on women’s negative perceptions of themselves. Most people now realize that western economy is driven by women who are taught that they are inadequate, and in need of the aid of specific products. Videos have been made and shared on the internet, shown in high school health classes, and higher education since the 1970s on the way advertising and media are “Killing Us Softly.” Yet this knowledge hasn’t minimized commercial spending on diets, cosmetics, and clothing nor minimized the impact the media has on they way women and girls feel about themselves; it has done nothing to lessen disordered eating and body image disturbance.

Learning about the objectification of women seems to immediately provoke strong reactions in people. Women are outraged and empowered when they realize how they have been convinced that they are faulty—needing to buy things to fix themselves. Sometimes they report that their self-esteem is boosted after learning what the media does to their self-image. But overall, we are still living with the objectification of women everywhere. We are exposed to a multitude of manipulated, perfected images of women and subsequent messages of what is attractive. Perhaps this kind of education isn’t enough. When it comes down to being an individual woman, knowing that you are being objectified and compared to an impossible standard doesn’t seem to stop the desire to compete within the currently accepted standards.

How then do we keep young people, especially women, from experiencing the inevitable distress and low self-regard that comes from competing with an impossible ideal? I look forward to sharing my ideas about why information about the negative influence of media isn’t impacting individuals enough. I will examine how we can have a positive impact on our own relationship with our bodies, as well as support other people who share these issues. For now, let’s begin to imagine what it would be like if young women began to enjoy their bodies, accept them, and talk openly about it? What would facilitate such a positive development in the way we relate to ourselves and each other? Stay tuned for the next article where I hope to begin to tackle these questions and more.