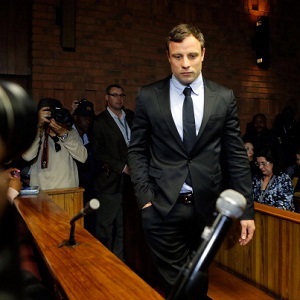 The trial of South African sprinter Oscar Pistorius—who is accused of fatally shooting Reeve Steenkamp, his model girlfriend—may begin drawing some attention to the experience of people who struggle with anxiety. Pistorius, who claims he shot Steenkamp because he mistakenly believed she was an intruder, reportedly experiences high levels of anxiety, and the judge in the case has ordered him to undergo a mental health evaluation.

Pistorius’ defense originally raised the anxiety issue as a potential explanation for why the sprinter shot his girlfriend. Through his lawyers, Pistorius argued that the combined effects of an absent father and a mother who was so frightened of intruders that she slept with a gun yielded a terrified adult with anxiety. A psychiatrist testified on behalf of the defense, arguing that anxiety could undermine Pistorius’ judgment and make him quick to react to a perceived threat.

Although the defense believes Pistorius’ anxiety might help explain the shooting, the defense did not argue that Pistorius had mental health issues or should undergo an evaluation. However, the judge in the case ordered an evaluation, which could require an extended stay at a state mental health facility. The defense in the case opposes such as stay, and has not argued that Pistorius’ anxiety undermines his competence or ability to stand trial.

Anxiety is not typically correlated with violence. Indeed, people with mental health challenges such as anxiety are more likely to experience violence than be aggressors. However, Pistorius argues that he didn’t intentionally kill Steenkamp and that the shooting wasn’t an act of violence or aggression. Instead, it was a split-second reaction to a perceived intruder.

Such a reaction could be explained by anxiety. People experiencing posttraumatic stress, for example, have a heightened startle reflex that could cause them to perceive a thread as more dangerous than they otherwise might. Although Pistorius does not claim to have posttraumatic stress, his behavior could still be explained by feelings of vulnerability and anxiety. Pistorius has claimed that he was not wearing his prosthetic legs when he heard what he believed to be an intruder, and this likely heightened his sense of vulnerability.

Pistorius’s case yet again raises the debate about the connection between mental health concerns and violence, and the final psychiatric report may alter the direction of his trial.