May 2, 2011 • By Editorial by Jen Wilson, GoodTherapy.org Staff Writer 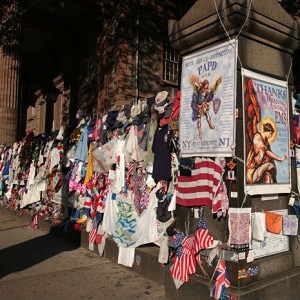 When the news of Osama Bin Laden’s death hit the country, for many the announcement was bittersweet. Thousands of families were touched by the tragedy that occurred, and few have had a chance to find closure. For those who lost loved ones on 9/11, it may be the end of a very long grieving period. But for others who have not been able to reconcile their feelings and for those who were in the buildings and got out alive, the news of the Bin Laden’s death may serve only to bring back traumatic memories of that fateful day.

Though the crimes committed by Osama Bin Laden were undoubtedly grave, questioning motivations and exploring the roots of rejoicing in the death of another human being is important. Celebrating revenge likely arises from a place of deep suffering and self-protection, and it must be remembered that revenge and hatred do not solve the underlying problem nor dissolve trauma. Despite the level of harm an individual causes in their lifetime, it is important to remember that everyone is born innocent, loving, and lovable with full capacity to experience love and attachment, except in rare cases of physiological deficit. Looking at the world through an empathetic lens includes looking at those who do wrong.

This perspective, however, does not discount the suffering of those traumatized by the violence instigated by Bin Laden. There are thousands of people throughout the world that were personally touched by this tragedy and many have suffered posttraumatic stress for nearly a decade. What type of impact will Bin Laden’s death have on the survivors? Will this event serve as a catalyst for retouching deep trauma? Will it feel like a scab getting ripped off of a wound that took years to close?

Posttraumatic stress can manifest itself in many ways. Flashbacks, nightmares, anxiety, and depression are just some of the challenges many of the survivors face. In light of the circumstances surrounding Bin Laden’s death, many people think that retaliation is inevitable. In fact, security has already been heightened at all of the ports and airports throughout New York. This is causing a number of survivors to become even more anxious and fearful, exacerbating their already raw emotions. Judith Keane of Wethersfield, CT, lost her husband, Richard, on that terrible morning in September. “It does dredge up the freshness of 9/11,” said Keane. “I have very mixed emotions. I’m also fearful. There’s always going to be someone who wants to make a name for themselves. I think it’s very possible there could be retaliation.”

What about the generation that does not remember that fateful day? What do they make of parents and adults cheering and celebrating the death of another human being? Many parents rushed to ground zero the moment they got the news, kids in tow. Although many of these children were barely able to walk at the time of the attack, the parents are encouraging them to honor the fallen and celebrate murder.

The events of 9/11 will weigh heavily on the conscience of Americans for years to come. The high-intensity emotions surrounding Osama Bin Laden’s death are a reminder that as a nation, there is still trauma to repair. This event can hopefully bring the United States closer to healing rather than closer to hatred.

© Copyright 2011 by By John Smith, therapist in Bellingham, Washington. All Rights Reserved. Permission to publish granted to GoodTherapy.org.