Orphaned in Adulthood: Grieving the Loss of Your Parents 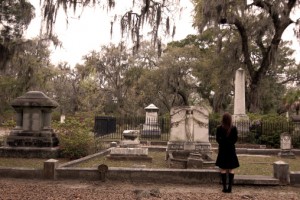 The death of a parent is a loss like no other. Our relationships with our parents shape the fiber of who we are. Without them in our lives, a significant piece of our identity may irrevocably change. When unresolved feelings or even estrangement remains, the loss of one’s parents can be even more complicated.

Becoming an adult orphan can be one of the hardest life transitions a person can experience. For me, the loss of my dad felt like the end of an era and the loss of my moral anchor. It was as if I had entered a new level of adulthood. A new path needed to be forged, and all of the familiar guideposts had suddenly shifted.

I often felt adrift and lost. My father’s presence in my life was enormous, and in his absence I struggled to fill the void. I often felt anxious and afraid. Whom would I go to now for the unconditional love only my father could provide? Who could answer my questions about the past? I did not feel ready to be the keeper of the family wisdom; that was his job. Ready or not, in many cases the death of a parent forces you to assume a new role or responsibility within the family.

Losing your parents can cause you to question your identity. One woman I work with in the therapy room whose father had recently died wondered aloud if she was still a daughter. The answer was and is yes, but in a different way. Our relationships with our parents live on in our hearts, minds, and memories.

Our parents live on in the way we honor their impact on our lives, traditions, and family rituals. For some adult orphans, the transition may mean the loss of a family home, mementos, and other treasured things. The responsibility to manage final tasks, as painful as they may be, can also be an important part of the mourning process.

Our parents live on in the way we honor their impact on our lives, traditions, and family rituals.

For many, losing our parents means losing a sense of safety and security. It may mean losing people—perhaps even the only people—who loved you unconditionally, who were your biggest supporters, and who occupied the greatest space in your life. Their presence in your life may be matched only by their absence. The loss can feel overwhelming.

Navigating this loss may take time, support, and patience. It may redefine your life and reshape it, perhaps even changing your priorities. You may find yourself suddenly more aware of the importance of documenting family gatherings and traditions. You may also have a deeper appreciation for the things that create these traditions, such as family photos, recipes for special occasions, or assembling holiday decorations.

There’s no “right way” to cope with the loss of one’s parents. However, the following suggestions and reminders can be helpful as you navigate this unfamiliar emotional landscape.