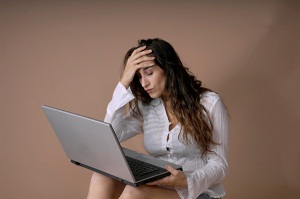 Internet dating is more popular than ever. What used to be seen as the last resort for desperate singles is now the chic and trendy way to find that special someone. And although online dating has its perks, some people believe it is a leading factor in the increasing divorce rates throughout the world. In a recent article, Sanjay Shelat, a writer and blogger, explains that both secular and religious folks, despite having opposing views on relationships, feel that the Internet is the culprit. But the latest research shows that even though divorces are occurring more frequently in recent years, they are less likely to happen to people who are religious, or part of a religious community.

Perhaps it is the popularity of civil unions, believes Shelat. The acceptance of nontraditional marriages has resulted in less commitment. This isn’t the case for all married couples, but definitely for some. When things get difficult, it is much easier to reach to the tablet, phone, or laptop for some sympathy than it is to go to the local bar. The sheer volume of available virtual shoulders to cry on creates a new dimension of temptation for those with wandering eyes.

But religion seems to act as shield of sorts that protects people from succumbing to lustful lamentations. “A study of the religious groups revealed a rate of divorce amongst Christian communities is on average 53% less than the rate of divorce among the nonreligious,” Shelat said. Perhaps religious individuals, especially those with close ties to their religious communities, feel more pressure to stay married and behave according to their beliefs. Or maybe the support of a religious family makes it easier for couples to work through difficulties without having to turn outside of their marriages.

Shelat doesn’t believe that Internet dating is all bad. In fact, it is a great way to find people with similar values and interests. It makes weeding out the undesirables a lot easier than the traditional way. But overall, when someone makes a commitment to enter into a marriage, civil or religious, no amount of cyber-temptation should sway them into going astray.