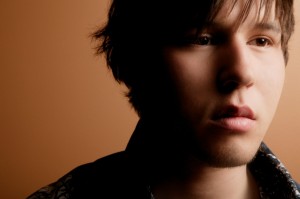 Seth Walsh, age 13, Asher Brown, 13, Billy Lucas, 15, Tyler Clementi, 18, and Raymond Chase, 19, all died within the last three weeks as a result of suicide. All of them were bullied or harassed for being perceived as gay. And these are just the names that we know. There are many others out there suffering and struggling through the discovery of their sexuality.

Every day, gay teens or teens who are perceived by their peers as being “outside the box”( in terms of gender or sexuality) are bullied and harassed for simply being who they are. This bullying can come from fellow students but there are also negative messages from families, teachers, television, books, and social policy that being gay, lesbian, bisexual, or transgender, is not acceptable and that it is okay to treat these teens with intolerance, violence and hatred.

For teens who are going through this discrimination there can be feelings of hopelessness and fear that inhibit their ability to develop a sense of self-esteem. With friends, family, the media and even teachers sending out a message of intolerance, these teens can face feelings of overwhelming isolation and loneliness.

This isolation can lead to thoughts of suicide and some of the signs to be aware of include:

This is by no means an exhaustive list, but these are some of the classic signs to watch for. The more signs you see, the greater the risk.

This risk is very real for teens who feel isolated by their sexuality and unable to find role models or mentors who will listen to their pain and confusion.  In most schools there is a message that being straight is okay and that any other feelings or attractions are out of the norm and not to be tolerated.  This leaves questioning teens with very few outlets to explore their new feelings and identity.

So what can we do to help teens who might be facing these circumstances? First, be there with an open heart and mind to let them know that there is a safe place where they can talk about their feelings and what is going on in their lives. Talking about suicide is not easy but it is an important conversation to have if you start to notice signs that a teen in your life might be contemplating it as an option.

If it’s hard for you to hold this conversation with a teen, get outside help. There are many professionals out there who specialize in working with teens and they can assist in opening up a safe discussion about what is going on and how to make it through the scary parts of life.

It is time to stop pretending that the bullying and harassment of gay teens is not a real problem. Its seriousness can result in silent suffering so extreme that it leads to the belief that death is the only solution. One teen committing suicide is too many. By being aware, educated, open and caring we can make a difference.

© Copyright 2010 by By John Sovec, LMFT. All Rights Reserved. Permission to publish granted to GoodTherapy.org.