You’re No Dummy: Abuse of Power Toward Children with Learning Difficulties 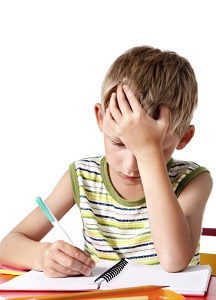 Despite all odds, he made it through to a successful adulthood with a career, a loving wife, and two wonderful children. Many remarkable people do. David had loving parents and a caring neighborhood environment. But the web of misuses and abuses of power by adults in authority — teachers, principals, and therapists — that he encountered in his desperate quest for meaning and financial independence is staggering.

Reading my friend David Patten’s book: Dummy, a Memoir, I am truly amazed at the power of his will to create a life worth living in what he experienced as a hostile world. I’m thinking about how he could possibly have gotten such little support.

It was the 1950s. David was born with unusual sensitivity, was slow to talk, and was unable to learn to read or remember names or sequences like months or days of the week.

Often he shut down and retreated into himself. Although he tried hard and wanted to learn to read, he was humiliated and punished for being lazy and disruptive.

In his book, David tells his story without malice. I read it feeling more and more angry about how he was repeatedly treated. Only in accessing my compassion and curiosity could I begin to understand some of the factors here.

In the 50s we were only beginning to diagnose, understand, and treat learning difficulties. Dyslexia was the first big one. David had severe disabilities that went beyond the testing range. He would never be able to learn to read, but it was clear that he was far from “retarded.” He was also much later diagnosed with autism syndrome spectrum.

Frustration, Ignorance, and Insensitivity
Some of the misuses of power came from ignorance about what the problems were, i.e., that David was physiologically unable to learn to read and intensely sensitive to outside stimuli. Since David wasn’t learning to read, the automatic assumption among adult authority figures was that he was lazy, willful, not trying or paying attention, or purposefully disrupting the class. He would then be put in a corner separated from the other children, or shamed by being asked to read aloud.

Some of these misuses of power must have resulted from sheer frustration in having to deal with a child so difficult to understand and reach. One consequence was passing him from grade to grade even though he was getting farther and farther behind. Some abuses of power seem to be just plain mean. For example, some authority figure stopped him from selling creative sweets to his classmates when it was something he was succeeding in. Some were the terrible projections of people in positions of power who had psychological issues, which manifested in imprisoning David in a live-in school that wasn’t giving him what was promised.

I want to name these sources of misuse and abuse of the power that come with a position of authority, because they are common, not just in David’s experience. Ignorance, incorrect and unexamined assumptions, frustration, meanness, and adult psychological health issues are some of the causes. In the ongoing process of learning to use our personal and role power wisely and well, and to respond skillfully to misuses of power, it is important to assess what is going on in both the inner world and the outer world.

In my heart I wish things could have been easier for little David. This is what I would have wanted to tell the elementary school-age David:

I see and feel that you are having a really hard time. You feel different from all the other kids, and you don’t know why. You really, really want to learn to read, and you think there is something bad about you because you can’t, even though you are trying really hard.

The truth is, I don’t understand about all this either, but I like you, and I’m interested in seeing what I can do to help. You can’t seem to learn to read, but that doesn’t make you a dummy. People who are blind can’t read either, and that doesn’t make them dummies or people who should be laughed at, shamed, or punished, right? Blind kids learn to read in a special way with their fingers. It’s called Braille. Maybe there is a special way we can find for you to read. Maybe you can learn by being read to. Maybe that’s the way for you to read.

We can tell by tests that you are as smart as the other kids. People have different kinds of intelligence. Let’s spend some time in an exploration to find out more about your special intelligences and abilities. Let’s start with you telling me some things you’re really good at. Your grandfather says you are really good with numbers. Is that right? What else?

I also know that you are way more sensitive to noises and energy than other kids. Sometimes you just have to go away inside to protect yourself so that it’s not too much for you. This makes it hard for people to understand and talk to you. Let’s see if we can hunt for some ways for you to feel safe and not so frightened.

How about it, David, shall we find out some things about you? You’re no dummy.

In researching for this article, I found an extremely useful website that is devoted to research about developmental assets. “The assets are grounded in extensive research in youth development, resiliency, and prevention. They represent the relationships, opportunities, and personal qualities that young people need to avoid risks and to thrive.” At the website you can find a well-researched list of 40 Developmental Assets needed by youth at various ages. Each asset has both a description and a “show me how to take action” section. These assets include things like: “Young person received support from 3 or more nonparent adults,” “School provides a caring, encouraging environment,” “Child has opportunities to serve in the community with adult support and approval,” “Young person feels safe at home, school, and in the neighborhood,” “Young person reports having a high self-esteem,” “Young person reports that ‘my life has a purpose.'” This organization, founded in 1990, (searchinstitute.org) is an excellent and accessible resource for right use of power and influence with children and youth. Each asset grows and matures through the care and active support of one or more adults, many of whom are nonparental adults.

David Is Not Alone
David didn’t acquire most of these 40 assets or find the love, confidence, and perspective he needed until his late teens and early 20s, in the form of two spiritual teachers, two children, a good job, and a very loving wife and partner.

For a child to acquire even 18 of these assets reflects multiple instances of right use of power and influence by multiple adults. Imagine the level of success our youth would experience if each of us adults put in the energy to understand what behaviors and attitudes are misuses of power and then put this understanding into awareness, sensitivity, and skill in working with children to help them develop these assets. There is so much unnecessary suffering.