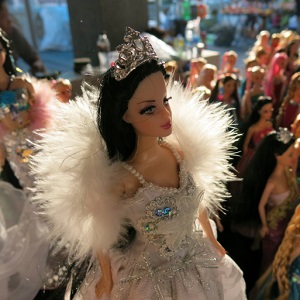 Last week was National Eating Disorders Awareness Week, which recognizes an issue that is deserving of increased awareness considering the millions of people in the United States who experience eating and food issues for some portion of their lives.

Many point to media messaging and the objectification of both women and men—though primarily women—in television, movies, and advertising as being to blame for warped sense of self-worth when it comes to body image and size.

A recent study published in the International Journal of Eating Disorders also claims that time spent on Facebook leads to poor body image in women, and may be driving some young women to develop eating issues due to excessive levels of anxiety regarding physical appearance. Societal obsession with social media and projecting the perfect self-created image into the virtual realm is largely what keeps sites like Facebook thriving.

And yet, the pressure to capture those profile-perfect photographs may be taking a significant toll on the psychological well-being of some—especially those whose minds and identities are still in the formative stages of development.

A group of leading psychologists in Britain have also targeted the perfectionistic and highly competitive nature of Britain’s private school culture with contributing to widespread issues with eating and body image among adolescent girls. Apparently, being driven and under enormous amounts of pressure to excel academically and otherwise is pushing an alarming number of young women to seek mental health services for eating-related issues.

In other mental health news this week…

Ailing health and chronic illness can take a toll on relationships at any age. As committed couples get older, new research reveals that regularly engaging in sexual intimacy can help them weather life’s many storms.

How Depression Could Save Your Life

Depression is often viewed as a flaw or deficiency of the human condition. However, recent research suggests that depression has adaptive and survival benefits for both humans and animals.

Schizophrenic and Wanting to Connect

A man diagnosed with schizophrenia at age 20 shares his experiences with the condition, particularly his desire to connect with those around him—and the challenges he has faced in doing so.

Vince Li, a man with schizophrenia who stabbed, beheaded, and ate parts of another man’s body on a bus ride from Winnipeg to Edmonton in 2008, has been granted unsupervised outings from the mental hospital that has been housing and helping him since the incident occurred.

If He’s Sexually Aggressive in Bars, It’s Not Because He’s Drunk

NPR reports on a recent study that suggests males become aggressive toward women in bars not because they are drinking too much, but rather because they are intentionally preying on drunk women.

Research conducted by psychologists at the University of Barcelona reveals an interesting tidbit: Some people feel entirely unmoved and unaffected by music, a condition known as amusia.

Feel-Good Story of the Week: Lupita Nyong’o Gives Moving Speech at Essence’s Black Women in Hollywood Event: ‘There is no shame in black beauty’

You’ve probably seen it by now, but Oscar winner Lupita Nyong’o gave a particularly poignant speech upon receiving the Best Breakthrough Performance Award at Essence magazine’s Black Women in Hollywood Luncheon in Beverly Hills, California. She spoke of her personal experience navigating the road to self-acceptance, and the roles that race, skin color, body image, and shame have played in that journey—with the ultimate message that true beauty comes from within.