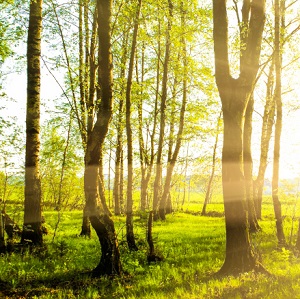 One thousand bodies were dug up beneath a grove of trees on a Mississippi campus, all of them believed to have been patients at a state asylum a hundred years earlier. Who were they? What stories would they tell if they could? And why were their unmarked bodies discovered now?

The story raises many questions, especially in light of the many battles still being fought to protect the rights of people diagnosed with mental health issues. Colleges and universities are in the news for committing students who display mental health issues to psychiatric institutions against their will, as well as for kicking them out of school. Health insurance companies are denying coverage to survivors of suicide attempts who sustain significant injuries. And a woman in Vermont was held in a psychiatric hospital for over five weeks against her will following the murder of her son by her estranged husband.

Meanwhile, social scientists are focusing their energy on developing smartphone accoutrements like the Happy App, which may unlock a tailored journey to finding happiness.

A startling discovery was made on University of Mississippi’s campus: 1,000 bodies buried beneath a grove of trees that was about to be made into a parking garage. Apparently, the Mississippi campus is no stranger to unmarked graves. The chairman of the state’s Board of Health told USA Today that every time the University of Mississippi has broken ground in an attempt to expand the campus, caskets, tombstones, and the remnants of bodies have been found.

The recently discovered collection of bodies are believed to have been asylum patients at the Mississippi State Lunatic Asylum a century ago, and there may be “thousands more” waiting to be discovered.

Schools Fall Behind in Helping Students with Mental Health Issues

Being open about a mental health condition on a college campus may lead to expulsion or being involuntarily committed to a psychiatric ward. NPR interviews Katie J. M. Baker, the reporter who covered the issue for Newsweek.

Insurance companies are refusing coverage for injuries sustained during suicide attempts. Considering that medical issues related to suicidal behavior often stem from mental health conditions such as severe depression and bipolar, mental health advocates argue that there are no grounds to deny coverage.

A 48-year-old woman in Vermont was committed involuntarily to a psychiatric ward for five and a half weeks following the murder of her 14-year-old son by her husband. A judge ordered for her immediate release, and she was reportedly billed for her time spent hospitalized against her will.

Many people don’t realize that issues surrounding eating and body image such as bulimia and anorexia nervosa may lead to fatal health failures down the road—specifically, heart attacks and stomach ruptures.

Working with a Therapist Can Help when Sleeping Pills Don’t

Cognitive behavioral therapy has proven effective in treating people with chronic insomnia who do not respond to sleeping pills. Keeping a sleep diary and identifying behaviors that may interfere with sleep are key components of the approach.

I Wrote the “Scathing Obituary” About My Mother, and Here’s Why I Did It and Have No Regrets

A woman speaks plainly about her reasons for publishing an obituary for her mother in September 2013 that spoke of how “she neglected and abused her small children,” making their lives miserable and terrifying. Her words have sparked dialogue about child abuse and how the U.S. system handles—or mishandles—its victims.

An App on the Search for the Secret to Happiness

Want to track your levels of happiness by answering survey questions sent via text message by a social scientist? There’s an app for that. NPR interviews Matt Killingsworth, creator of the Happy App.

It’s always touching to see a community gather around someone in need, much like hundreds of people did in Dickinson, Texas, to lift the spirits of a terminally ill 5-year-old named Claire. Check out her “princess for a day” experience in the following video.