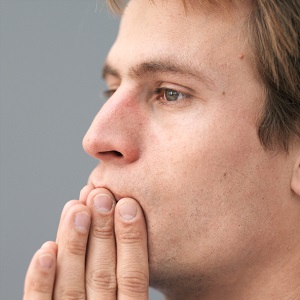 The Diagnostic and Statistical Manual of Mental Disorders is the American Psychiatric Association’s bible for mental health diagnoses. Insurance companies are more likely to cover treatment for issues listed in the manual, which attempts in many cases to define “normal” behavior, so the debate over what’s included can be highly charged.

The DSM-5, the most recent edition of the book, includes among its new diagnoses social (pragmatic) communication disorder. This issue is characterized by challenges with both verbal and nonverbal communication that are not better explained by another diagnosis.

Everyone struggles with social skills from time to time, but for people with a diagnosis of social communication disorder, daily interactions can be exhausting and frustrating. The new diagnosis helps to explain difficulties with both verbal and nonverbal communication that aren’t caused by a developmental delay, cognitive problem, or other mental health diagnosis. Some symptoms of SCD are similar to autism, but unlike autism, SCD isn’t characterized by repetitive behavior or highly focused interests. People with SCD might previously have been incorrectly diagnosed with autism. In other cases, they might have been labeled as uncooperative conversational partners or incorrectly perceived as people with poor social skills.

SCD doesn’t interfere with people’s cognitive abilities outside of the social sphere. Instead, people with the issue face specific challenges regarding social communication. In private, they may be able to write eloquently or establish clear plans for communicating with others, but something goes wrong when they have to communicate with others. Because SCD and autism share many features, it may be that SCD is a milder form of autism or is caused by similar factors. A combination of environmental and genetic factors can play a role, and early interventions may help with symptoms.

Key features of SCD include:

Because SCD can manifest in ways similar to autism, it’s important to clearly itemize and lobby for an accurate diagnosis. Some children with SCD may have been incorrectly diagnosed as autistic.

Treatment for SCD is varied and complex. There’s no single treatment protocol that works for everyone. Instead, clinicians may recommend a variety of interventions ranging from speech therapy to communication training and occupational therapy. Early interventions tend to be more effective, but people of any age can be treated.

Because the diagnosis is new, people with SCD may receive more effective treatment if they seek out treatment providers specializing in the issue or in autism spectrum-related issues.