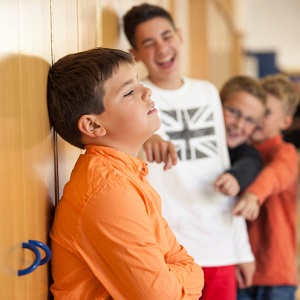 The list of children or adolescents who commit suicide after extensive bullying grows longer each year, and a recent study suggests that children who experience bullying are twice as likely to attempt suicide or develop a suicide plan. The bad news is seemingly unending when it comes to bullying, and a new study shows that the effects of mistreatment can last for decades.

The Long-Lasting Effects of Bullying

Researchers used data from the U.K.’s National Child Development Study to examine the lives of more than 18,000 people. Twenty-eight percent of the children followed by the study had experienced some bullying, with 15% experiencing more frequent bullying. The children followed in the study completed additional questionnaires at ages 23 and 50, and answered several questions about mental health and emotional distress.

People who are bullied generally experience emotional distress. Even though the 50-year-old study participants hadn’t experienced bullying in decades, they continued to experience higher rates of emotional distress and mental health issues than their unbullied peers. The researchers who commissioned the study argue that it shows the effects of bullying can last an entire lifetime.

A few decades ago, bullying was par for the course of being a child, and teachers might look the other way. Schools increasingly recognize the risks posed by bullying, and many schools have implemented specific anti-bullying policies. Oftentimes schools have a zero-tolerance policy, which results in suspension and other harsh penalties for children caught bullying. According to a 2008 report by the American Psychological Association, though, zero tolerance not only doesn’t work; it may actually worsen a school’s bullying problem.

This doesn’t mean that bullying prevention programs accomplish nothing, though. Several other measures may be effective. Programs that encourage the development of empathy, for example, can encourage students to report bullying when they see it and to avoid becoming bullies.

A school culture that embraces tolerance and diversity can be powerful inoculation against bullying, and clear reporting and intervention policies—including policies for how teachers and administrators should respond to reports of bullying—can help students feel safer telling adults about bullying they witness or experience.

Bullying could be one ingredient in the recipe for mental health concerns, and as long as bullying exists, some people will experience mental health challenges that they might otherwise not have to grapple with. When children can turn to adults they trust, though, they’re less likely to resort to harming themselves. Parents, teachers, and other adults can be powerful players in the fight against bullying by reaching out to children and modeling an interaction style that never embraces bullying.