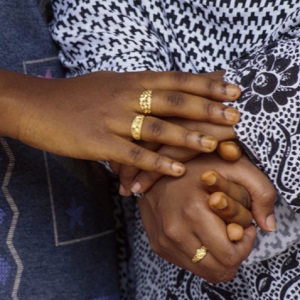 The horrific story of Andre Johnson, a Wu Tang Clan-affiliated rapper who survived a jump from a second-story building after severing his own penis, is calling attention to the challenges faced by suicide survivors. Johnson’s suicide attempt comes in the wake of a vote by the American Association of Suicidology to focus on suicide survivors. Suicide kills 38,000 people annually, but one million people survive a suicide attempt each year.

The Stigma of Suicide

Despite numerous efforts by dozens of organizations designed to prevent suicide, suicide attempts still carry a significant stigma, and suicide survivors may receive little support. Suicide support groups often focus on the needs of friends and family members of people who have committed suicide, not suicide survivors.

Moreover, the national dialogue about suicide sometimes emphasizes the “selfishness” of people who try to kill themselves—a cultural norm that can increase the depression of suicide survivors. The American Association of Suicidology aims to change all of this by creating a new division specifically designed to represent the needs and interests of suicide survivors.

The Aftermath of Attempts

It seems obvious that a suicide attempt demands immediate assistance. For many suicide survivors, though, the aftermath of an attempt is isolating and frightening. Suicide survivors may be placed on the psychiatric floors of hospitals, completely isolated from friends and family. They may also be victimized by the anger and disappointment of loved ones, further compounding their isolation and depression.

If you’ve survived a suicide attempt, you may be overwhelmed by demands from loved ones, the pressure to conform to a treatment regiment, and the depression that can sometimes lead to a second attempt. The American Association of Suicidology’s new push to help suicide survivors has yielded a section of their website specifically devoted to this under-served population. If you need longer term help, mental health interventions such as therapy and support groups can help you weather the storm. You can look for a therapist to help with depression or suicidal thoughts on the GoodTherapy.org therapist directory by searching here.