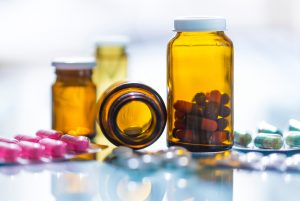 Since 2000, the number of Americans who overdose each year on opioids has quadrupled. According to the Centers for Disease Control and Prevention (CDC), opioids killed a record 28,000 people in 2014 alone, with more than half resulting from prescription medications.

A divergent national effort to combat those numbers now includes new legislation signed into law by President Barack Obama in July. The Comprehensive Addiction and Recovery Act, commonly referred to as CARA, is intended to establish “enhanced grant programs that would expand prevention and education efforts, while also promoting treatment and recovery.”

However, clinicians, industry watchers, and even the White House have criticized the law for not going far enough. As opioid overdoses now annually claim more lives in the U.S. than car accidents, the law’s successes or shortcomings could impact thousands of families each year.

An overdose of opioids is life threatening as it can radically slow breathing, which reduces or prevents oxygen intake. By blocking opioid receptors in the brain, naloxone can help return breathing to a safer level and save someone’s life in an emergency situation.

With more and more Americans coming into contact with powerful opioids, often by way of a pharmacy, emergency rooms have seen dramatic upticks in overdose admissions. When the CDC published findings from 2014 earlier this year, it noted the current epidemic features two distinct trends: “a 15-year increase in overdose deaths involving prescription opioid pain relievers, and a recent surge in illicit opioid overdose deaths, driven largely by heroin.”

Naloxone is distributed under the brand name Narcan and is used by emergency room staff, paramedics, and some police departments as a quick and reliable treatment for an overdose in progress. It works as an antagonist to opioids like heroin and Vicodin, blocking the opioids from affecting the brain at the molecular level. It can be administered as an inhalant or by injection, including a simplified auto-injector recently developed for easier use by untrained individuals. An improved formulation of the drug also now allows it to survive at higher temperatures.

Prior to CARA, naloxone was already allowed in many states, though under differing scenarios and authority. Some states allow police or paramedics to have the tool on hand, while other states enforce tighter restrictions, including requiring an individual prescription for each dose.

Making naloxone more widely and quickly available is largely seen in the medical community as a positive step, as minutes can be crucial during an active overdose. However, the new changes to federal law have been characteristically outpaced by local government. Last year, 14 different states passed legislation to broaden naloxone use. In many states, a prescription is no longer necessary to release the drug. Several states also added protection to shield prescribers and administering laypersons from civil liability.

CARA’s revisions are already affecting communities across the country. Within a week of the law’s signing, Florida began allowing pharmacies to distribute naloxone without an individual prescription. In Texas, the CVS drug store chain announced the availability of prescription-free doses statewide, with plans to expand the service to 30 other states by August of next year.

Other Changes as a Result of CARA

Aimed at spotting addictions early and curtailing the practice of doctor shopping, CARA will allow physicians to access a patient’s prescription history before determining a course of treatment.

Aside from naloxone, the use of other medication-assisted treatments is also authorized, included methadone and buprenorphine. For instance, nurse practitioners and physician assistants will now also be able to prescribe buprenorphine.

As opioid overdoses now annually claim more lives in the U.S. than car accidents, the law’s successes or shortcomings could impact thousands of families each year.The law also encourages greater use of diversion programs with certain drug offenses as a possible alternative to incarceration. For those eligible, however, consent may be necessary from both the prosecuting and defense attorneys, as well as corrections officials. Those who do participate will be required to provide periodic updates on their progress.

CARA will also challenge the importing of illicit drugs across U.S. borders—including counterfeit prescriptions—by creating new offenses. One such addition makes it a crime to manufacture or distribute a Schedule I or Schedule II controlled substance with the knowledge it will be imported to the U.S. It is now also illegal to knowingly enter the U.S. with certain counterfeit drugs.

When the bill was passed in the Senate, Grant Smith, the deputy director of national affairs for the Drug Policy Alliance, urged lawmakers not to become complacent on the issue.

“Lawmakers in Congress should be looking at ways to build upon the bipartisan political will that CARA has cultivated,” Smith said in a statement. “Important work underway in Congress right now to reduce draconian mandatory drug sentences, roll back collateral consequences of a drug law conviction, and enhance funding for evidence-based treatment and overdose prevention present critical opportunities to continue building upon the political momentum for change to our nation’s drug policies.”