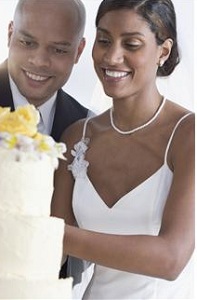 The Program for Strong African American Marriages (ProSAAM) is designed to enrich African American marriages. This effort is critical to the success of culturally diverse families who tend to be at high risk for negative outcomes such as violence, divorce, and substance misuse. However, there are many barriers that prohibit the active involvement of African Americans in these types of programs. This is especially true for men who are taught to associate strength with self-reliance. Receiving help for marital issues may be seen as a sign of weakness and might prevent many men from becoming involved in this type of counseling. As a result of the challenges to enrollment, it has been difficult to enlist willing African American men into ProSAAM.

In order to boost enrollment, Tera R. Hurt of The William A. And Barbara R. Owens Institute for Behavioral Research at the University of Georgia recently led two focus groups designed to identify the reasons for men’s hesitation. Hurt and her colleagues invited 12 African American men to provide feedback as to their feelings about the marriage enrichment program. The men ranged in age from 26 to 50 and were in either committed relationships or marriages. Hurt enlisted two African American facilitators and had each work with six men to discuss the reasons that prevented them from participating in the program.

The participants revealed that the structure of the program was too demanding and that they would prefer a more liberal schedule. Additionally, the men expressed a desire to have mentorship within the program. They also mentioned the significance of spiritual or religious affiliation with respect to the program and mentors. After disseminating this information, ProSAAM was redesigned to meet those needs and enrollment rose significantly. Specific changes included direct one-on-one mentorship with men of similar faiths who could provide a stable and solid example of what a responsible partner should be. Additionally, the venues were designed to be more accessible and appealing, and time was allotted for individual fellowship that was gender sensitive. This gave the men the opportunity to hear other men’s stories and allowed them to realize that their feelings and situations were not unique. Finally, Hurt noted that the men who completed the program acted as recruiters for future participants, which caused program enrollment to increase even further. In view of these results, Hurt believes the focus groups were successful at achieving their objective. She added, “This suggested that the lessons we learned from the focus groups were pertinent to the specific issue of engaging African American men in research on marriage.”

Related articles:
Men Becoming Fathers
How Do I Know I Can Count on my Partner?
Factors Affecting Mental Health in Minority Populations