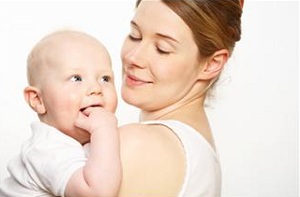 Consider a client I will call Cameron. Cameron had been treated for depression during her early and mid twenties, and so she was familiar with the symptoms. She was also committed to treatment without medications because she was nursing her son and she very much wanted to be a “granola mama.” When her husband brought her in, she had that wild, dear-in-the-headlights look about her that we’re all familiar with. She hadn’t slept well in days and was starting to feel loopy; she knew she needed help.

Her husband was very solicitous but didn’t seem to know what to do or say to be helpful, and not knowing left him feeling powerless and afraid. Cameron hastened to tell me that she didn’t want to go to the hospital—for one thing they had lost their health insurance when her husband was laid off, and the cost would bankrupt them; her mother was paying for some sessions with me. She was desperate, determined, and terrified—of what just wasn’t all that clear.

Earlier in the day she had reached out for help: she called her husband and mother in tears saying she didn’t know what to do and she was afraid she would hurt the baby. They both came running and that’s how she got the appointment with me. “On purpose?” I asked, referring to her fear of harming the infant. “No, not on purpose,” she replied, shooting me a look of horror. Then, softly, averting her eyes: “But you never know…that woman who drowned her babies…” Her voice trailed off.

“You don’t know?” I replied in classic therapy speak, genuinely curious but not at all alarmed. “Well, I mean, how would you know? Did she know? Is it possible?” Cameron’s voice trembled. “How, is a very good question” I countered “I like ‘how’ questions much better than ‘why’ questions because you can answer ‘how’ questions and I’m pretty sure that over the lifetime that lies ahead you will hurt his feelings, and he yours—maybe even a lot, certainly more than you wish.” Caught off guard, Cameron looked me straight in the eyes and cocked her head to one side—curious, entranced. I continued: “and sometimes, if you’re doing your job as a mom at all well—you do know that the standard we shoot for is ‘good enough’ mothering, don’t you? Because ‘good’ mothering just isn’t possible, and who would judge anyway, maybe there is a blue ribbon commission on Facebook or maybe the blue ribbon panel is just an imaginary one. Of course even the imaginary ones can be pretty powerful at times—but if you’re doing your job as a mom there will come a time when you set limits and he lashes out and says he hates you and maybe even thinks you’re a monster.”

Cameron smiled; her husband’s jaw and shoulder’s relaxed as he watched the interplay between us. “But I don’t know what to do,” she protested, “and today I looked at him playing on the bed and I just felt so overwhelmed because I didn’t know what to do—so I called Carter [her husband] in a panic.” I returned the puzzled look: “But…I don’t understand…you were doing something…you were watching him play. Isn’t watching a do-word? I suppose you could have talked to him, even though he can’t understand the words, and talking is another do-word.”  The session continued in this vein, with my eliciting descriptions and then puzzling as to why she would choose to interpret what she described in just that way, over and over again emphasizing the words choice and think or choose and imagine hypnotically driving home the idea that thoughts are choices.

Eventually, I concluded with a suggestion: “You can choose to imagine a terrible, horrible, no-good, very-bad future, or you could choose to imagine a magnificent, grand, and glorious future. Either way, it’s your imagination, and, inasmuch as this is your imagination, you get to choose which way you want to play it. If choosing to imagine something wonderful feels better than choosing to imagine something terrible, it seems to me that choosing what feels good would be the better choice in this situation. Of course there is another choice, and that is to stay in the present and not imagine the future more than you absolutely need to.”

There was no formal hypnosis; no induction, no swinging watch or levitating arm, no counting down stairways or floating on clouds, just a rapport trance, playful banter, and the careful association of choice and thought repeated many times and concluding with the suggestion of mindfulness. Interspersed throughout were instances of calling her attention to her own competencies and giving her permission to experience motherhood as a learning curve instead of a pass/fail test. Periodically I would ask her husband a question designed to elicit his affirmation of her competencies and his permission to learn instead of having to get it right and the suggestion that this is precisely the kind of support she needs—reminding of her competencies and permission to learn by trial and error.

Her homework was to notice everything she could about her baby and to experiment with different things, noticing the effect and making careful mental note of context cues: notice whether the baby follows your movements, notice his response when you speak to him or when you sing, notice how his face changes color when he’s pooping, notice the muscles in his face at different times during the day or during different activities. During the next session I brought her back to the question she had asked in the first session, asking “How would you know?” over and again in different ways, affirming her observations, and playfully insisting that she evaluate the results of her experiments for “rightness” until she was able to validate herself and think of mothering in less absolute terms.

I saw Cameron for six sessions—once a week and then on and off at varying intervals. When I last saw her about a stressful situation that had emerged at her work, the baby had had his first birthday and she was thinking about another. Her description of herself as “a laid-back mom, not one of the ones on Facebook” suggested that she had managed to unplug from the social mirror enough to claim her own identity as a mother. It doesn’t get any better than that.

Related articles:
Mommy Guilt: Put It in Its Place
The Imagination Is a Powerful Tool
I Think My Wife Has Postpartum Depression: What Do I Do Now?