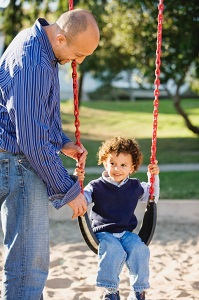 I make it a conscious habit not to watch TV news. I’m a very visual person and disturbing pictures tend to stay with, haunt, and disturb me. So, as part of my self-care plan, I have resolved not to watch disturbing press. I do, however, want to stay informed, so I check headlines, listen to NPR, and like every other American woman between the ages of 15 and 50, check in with Facebook from time to time.

As a professional who treats families living with autism spectrum (ASD), and a mom who is raising a son with autism, respite is not a luxury; it’s a necessity. A few weeks ago my husband and I had the opportunity to go away to a beachfront hotel (one of the many benefits of living in Florida) to simply have some respite from autism.

I didn’t plan on breaking my own rule, but since I had the time while my husband was enjoying a four-hour-long nap, I decided to sit on the balcony overlooking the beach, drink my morning coffee, and check Facebook. The plan was heavenly, until that last part.

Haunting News and a Reason to Act
When I looked on Facebook, I saw a news alert that an 8 year old boy had gone missing in the Escambia County Florida area. Usually, when faced with one of these stories, I will close my iPad and say a silent prayer for that family and move on with my day. But there was something about this story that pulled me more than usual. Actually, it grabbed me by the throat and throttled me to pay attention. I’m not sure what it was about this story that captivated me. Perhaps that it was the second child in just a few days to go missing while on vacation. Earlier in the week a 9 year old girl with ASD went missing and drowned. Perhaps it was more intriguing because it was my state, albeit several hours away from where we live, but my state nonetheless.

Or maybe it was that these stories always hit too close to home for our family because my son had gone missing twice in one year. Both times required the police, and one time resulted in the near drowning of my husband, who had to swim several yards to retrieve my son at 3 a.m. Our life with autism is not just unpredictable; it had also become downright dangerous.

Prayer and Coping with the Media
I tried to get it out of my head by praying each time that little boy came to mind. It was hard not to relate to the mom, who I knew would be mercilessly criticized by the media at some point for what she “didn’t do.” The story would, at the very least, get a “Who was watching that kid?” on social media. Sure enough, during one of my obsessive social media check-ins over the next 12 hours, someone basically said that very thing. He was a stranger on the Escambia County Sheriff’s office site, but I had to wonder what in a person would possess them to say anything even remotely derogatory at a time like this.

Then I remembered that we live in a society where parents judge other parents harshly, in an effort to make their own efforts more acceptable. The reality is, we’re really all doing the best we can. None of us REALLY knows how to parent, but we like to believe we do. I was also well acquainted with the concept that blame is a defense mechanism to off-gas our own insecurities. I still could not muster anything but anger toward the person who made the comment. So I left one of my own, not to incite the wrong-doer, but to make the page administrator know how very harmful these comments can be.

It read, “To the administrator of this page, please remove any comments that insinuate blame from this site. As the parent of a child who has had the sheriff’s office looking for him, I can honestly say that the only thing worse than not being able to find your child, is being blamed for losing him.”

I’m not sure if it made a difference or not, but I hoped it would make others think twice before their own knee-jerk reactions.

The little boy’s body was found the next day, in a nearby body of water. At that moment I felt a sort of calling, a realization that my responsibility needed to go far beyond social awareness.

Finding Meaning and Making a Connection
I was oddly struck by the two drowning incidents I read about. I say “oddly,” because it wasn’t the first time I had heard of such stories. As a parent of a child with ASD, it is indeed one of my worst nightmares. Reading the stories, I felt a strong tugging at my heartstrings. Sounds corny, I know, but I couldn’t think of a better way to word that. I literally felt tugged.

Only a few moments before reading the second story, I had finished a book by Gretchen Rubin entitled, Happiness At Home. In this book (which I highly recommend, in addition to her first book, The Happiness Project), Ms. Rubin examines her own “heart tugs” and calls it a “moment of obligation.” She says, “It’s the moment when you think — hey, someone should really try to improve the distribution of malaria nets, or teach kids about theater, or whatever, and you realize, ‘Hey, I’m the one who should do something. ME.’”

It was one of those rare moments when the stars seem to align, God’s voice is loud, and there’s an undeniable call to action. I wasn’t sure how to even begin with such an undertaking, and then I reread what Ms. Rubin recommended: To start at home. I realized that as often as my own son had perfected his Houdini act, we weren’t nearly as prepared as we could be. Because after installing deadbolt locks, paying for hours of behavioral therapy, and even applying Vaseline to the top of my 6-foot privacy fence, one fact remained: If he wanted out bad enough, he would find a way. (This is another reason I know his supposed IQ of 59 is inaccurate.)

Getting Informed and Taking a Stand
I began my new call to action by searching out what already existed on the subject, so as not to reinvent the wheel. I came across a collaborative effort by some of the major national autism organizations at a website called AWAARE (awaare.org). The website contains information for first responders, parents, educators, and caregivers on the subject of autism and “wandering,” as it is called. I started by printing out the provided forms that allows parents to prepare before it happens.

The forms have a place for the child’s picture, lists of his favorite things, and places where he might go where first responders can check first. These are all things that are specific to autism wandering that you may not think to tell police during the moment, when you don’t know where your nonverbal, incapable-of-responding child who has no sense of danger might be. I also printed out copies of an informational brochure (also on the website), and placed them in my office waiting room, as well as the pediatrician’s office next door.

I handed them out to my patients and the autism moms’ support group that meets in my office weekly. I asked my church to help me by providing copies of the brochure that I can distribute to local doctors and therapists, to help spread not only awareness, but also preparedness. I think it’s what Jesus would do if he had a copy machine, and I was so grateful to my church, which has consistently and lovingly backed my autism awareness efforts.

The Moral of the Story
If you can anticipate it, you can prepare for it. If you can prepare for it, you lessen your anxiety, even if only by a fraction. During the writing of this piece, another child with autism was lost to drowning. He was 13. I know how easily that could be my child, but I also have a choice: I can lie awake at night allowing fear to permeate my being, or I can do all I know how to prepare for such an emergency. Securing our homes and yards and having constant supervision for safety is important, (and a no-brainer for most of us ASD parents), but it is often not enough.

If your next thought is, “I wish someone would do more,” please take it upon yourself to spread the word.

Happier At Home by Gretchen Rubin is published by Crown Publishing, copyright 2012.