Mental Health Services Set to Improve Across the U.S. 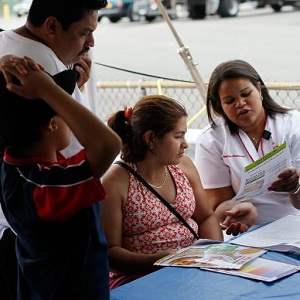 This week, as part of the Excellence in Mental Health Act, the House of Representatives passed a demonstration project that aims to reinforce quality care for individuals who have mental health issues, as well as expand access to mental health resources and services. The bipartisan proposal, which promises an increase in mental health centers, has yet to achieve a final passing vote in the Senate.

The report cites a County Health Rankings and Roadmaps study, which found that in some counties in the U.S., there is only one therapist for every 55,989 people. By comparison, other counties have one mental health care provider per 72 people. Newsweek’s coverage of the study, which assessed levels of mental health based on 29 factors, included a map of what researchers conclude are the healthiest counties.

While this shines a light on some areas that may need more assistance providing mental health care than others, officials in those regions generally seem proactive in trying to boost funding or provide realistic, accessible alternatives. Some of these efforts might seem like specific and small-scale movements, but they are indicative of a growing awareness of mental health issues and treatment needs.

For instance, the Times-Picayune reports that beds are scarce for homeless people with mental health issues in Louisiana, and many indigent people don’t have access to Medicaid-funded resources. So other programs, like the state-funded Metropolitan Human Services District, have put more emphasis on community-based care available to all. District director Calvin Johnson says, “The theory is if you provide robust community-based care it reduces the need for hospitals. The problem … is that we need to educate the community about what is available.”

Forum to Brainstorm for Ways to Help the Mentally Ill

Others are focusing efforts on keeping individuals with mental health issues out of jail—both preemptively and before being released. According to the Sun Sentinel, Florida’s Palm Beach County Mental Health Association hopes to identify people with mental health issues who may be at risk for committing unlawful acts, and then provide care to keep them out of jail. They would also like to start providing resources to transition people out of jail through a small experimental program; however, the organization NAMI of Palm Beach County is pessimistic that Florida legislators will allot the $575 thousand over three years that it would take to transition 12 people into residential programs.

A similar program in Roanoke, VA has gotten the go-ahead: 15 to 20 inmates at Roanoke City Jail will have one-on-one meetings with mental health counselors before their release. These voluntary meetings will include plans for housing, follow-up treatment, and other general support for real-world scenarios. Both Virginia and Florida describe the influx of inmates with mental health issues as a “revolving door”.

Perhaps you’ve heard that working at Google is pretty comfy: great benefits, good food, and wonderful hours are just a few of the laudable perks of working at Google. It turns out there’s more to that than simply wanting to make people happy—Google conducts extensive in-depth research to foster a productive work environment. Two years into a study on Google’s own employees, they have found that staff members tend to take their work home with them, causing stress and anxiety after hours. Google has plans to continue the study with various questionnaires for a century.

Two London professionals in the banking sector committed suicide in January of this year, which has instigated a look into the “aggressive, hardworking culture” of the finance industry. Several initiatives to improve well-being in workers have been introduced, and since realizing the scale of stress in the banking culture, banks are starting to take a closer look at improving mental health.

While most airlines, including Malaysia Airlines, have standardized mental health tests for pilots as part of the certification process, most airlines in the US rarely do follow-up exams or check back in with pilots. The Federal Aviation Administration requires pilots to pass a physical exam every six months, but there is no such requisite periodic mental exam. This raises questions, in light of the disappearance and mystery of Flight 370, about whether pilots should be re-examined, and what those tests would entail.

Jump in Autism Cases May Not Mean It’s More Prevalent

Why would a community in New Jersey show that for every 45 children, 1 has autism, while Alabama reports numbers of 1 in 175? The Centers for Disease Control believe it has more to do with the way some communities research and identify autism spectrum. The CDC reports that this is getting more accurate all the time—but far from reducing diagnoses, an anthropologist at George Washington University believes the real numbers of people with autism could be twice as high as they are now.

For days now, the Internet has buzzed about the separation of musician Chris Martin and actress Gwyneth Paltrow, but it’s not just because the star couple has split—it’s how they split. Paltrow made the announcement on her website, Goop.com, simultaneously coining the term “conscious uncoupling” and reinforcing it with expert opinion from doctors—medical doctors—who explained conscious uncoupling through a mental health lens. The doctors explained that divorce rates are high not because humans are becoming more polyamorous by nature or because they don’t believe in marriage anymore, but because life expectancy is so high that the typical lifespan now leaves room for consecutive partnerships.