Mental Health Providers May Not Know Smokers Want to Quit 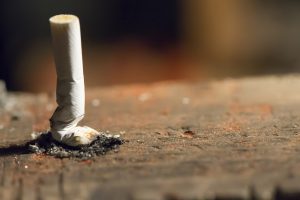 Mental health providers may not recognize a desire to quit smoking among people in therapy, according to a study published in Community Mental Health Journal. Although the majority of smokers seeking care at one of four community mental health clinics wanted to quit, few providers were aware of this desire.

About 57% of adults with mental health issues are smokers. Among United States adults in general, the number is much lower (15%).

Do Therapists Do Enough to Aid Smoking Cessation?

Researchers surveyed 213 people undergoing therapy at four community mental health clinics in and around St. Louis, Missouri. Eighty-two percent of respondents who smoked said they were interested in quitting. Forty-four percent were interested in trying medication to quit smoking, but just 13% received it. Twenty-five percent wanted to try counseling to quit, but only 5% received counseling.

The study’s authors point to the disconnect between the desires of people in therapy and provider impressions. This disconnect might present a missed opportunity to provide treatment. People with serious mental health diagnoses can die as many as 25 years earlier than people in the general population, so the researchers say smoking cessation is an urgent mental and physical health need for this population.

According to 2005-2008 research by the National Center for Health Statistics (NCHS) at the Centers for Disease Control and Prevention (CDC), depression and other mental health diagnoses are highly prevalent among smokers. For example, 55% of male smokers ages 40-54 have depression, and 43% of female smokers in the same age group also have depression.

Household smoking rates increase as depression severity increases, according to the CDC. People with depression were less likely to successfully quit, and they smoked more cigarettes than their smoking peers without depression.

Many smokers experience temporary depression and anxiety when they quit, potentially making quitting more challenging for smokers with a mental health condition.