Mental Health Effects of ‘Pokemon GO,’ and Other News 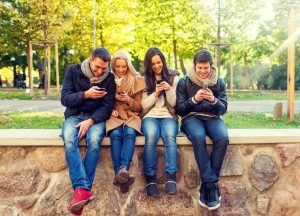 At least 15 million people have downloaded Pokémon GO, a virtual reality app for smartphones that encourages users to virtually find Pokémon characters in the real world.

Some have criticized the app as another technological distraction, but many users insist it is actually improving their mental health. Because the app requires users to search for characters outside, in their neighborhoods, and in local stores, some users say they are getting more exercise. Others find the app encourages them to interact with strangers, alleviating social anxiety and potentially making new friends. This increase in exercise and socialization may help explain why users are crediting the app with easing their anxiety and depression symptoms.

Many users have shared their experiences with the game on social media, highlighting its perceived mental health benefits. One user tweeted that, as a veteran with posttraumatic stress, leaving the yard is often difficult, but Pokémon GO made it easier to leave home and talk to strangers.

Fruit and Veggies Give You the Feel-Good Factor

Teen Vaping Could Reverse Progress in Control of Tobacco

Electronic cigarettes are more than just a substitute for the real thing, according to a new study. In 2014, about 14% of high school seniors reported smoking or vaping, compared to 9% who reported smoking in 2004. This suggests e-cigarettes may encourage teens who normally would not smoke to use nicotine, rather than just catering to those who already use the drug.

A study of people who could choose between two different medications suggests personal choice could boost a drug’s effectiveness. For the study, researchers used placebos, though the participants were not aware of this fact. People who got to choose their medication reported fewer side effects 24 hours later than those who were not given a choice.

In response to recent police killings of two black men and the fatal shootings of five Dallas police officers, the American Academy of Pediatrics announced a new anti-violence initiative last week. The initiative—to be shared in the coming days—will directly address gun violence, as well as underlying factors in violence, including homophobia, racism, and intolerance.

According to new research published by the Society for Personality and Social Psychology, certain personality traits may be linked to a greater willingness to help others. Though many different factors can determine whether someone is willing to help another person, empathy is often connected to increased willingness to help. People with high levels of empathy often exhibit high levels of agreeableness.