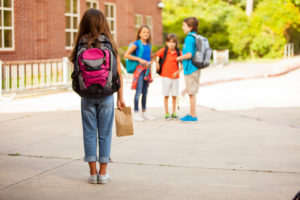 Transgender children are more likely than their cisgender peers to have a mental health diagnosis, says a study in Pediatrics. The study says gender dysphoria may play a role in this phenomenon. Gender dysphoria is distress that occurs when a person’s assigned gender does not match their gender identity.

Previous research has documented higher rates of suicidal thoughts among transgender populations. A 2012 study found two-thirds of transgender people have considered suicide. In the same study, 26% of trans women and 30% of trans men said they had attempted suicide in the past.

Depression rates were much higher among trans children than their cisgender peers. Forty-nine percent of transfeminine and 62% of transmasculine children had a depressive condition. This rate was four to seven times higher than in the cisgender reference group. Depression was the most common diagnosis among transgender children ages 10-17.

Transgender children also had higher rates of attention deficit issues (ADHD). ADHD was the most common diagnosis among trans children ages 3-9. ADHD rates were 15% among transfeminine children and 16% among transmasculine children. These numbers were three to seven times higher than the cisgender group.

The study collected data on other diagnoses as well, such as anxiety or suicidal thoughts. Trans children had higher rates of virtually every condition.

“We hope this research creates awareness about the pressure young people questioning their gender identity may feel, and how this may affect their mental well-being,” said study lead author Tracy A. Becerra-Culqui, PhD, MPH, in a press release. “For clinicians, it is important that they are aware of possible mental health conditions that may be more common in transgender and gender-nonconforming youth compared to cisgender youth. It is also crucial they have the knowledge necessary to provide social and educational support for their young patients who are figuring out their gender identity.”

Transgender and gender nonconforming people may struggle to get their mental health needs met. A 2017 study found trans people were 2.4 times more likely than cis people to have an unmet mental health care need.

Honoring a person’s gender identity may reduce their risk of mental health concerns. A 2018 study found gender affirmation surgery can improve trans women’s quality of life. A separate 2018 study found when trans youth are able to use their chosen names, they are less likely to have suicidal thoughts and depression.

Transgender individuals who are experiencing mental health concerns may wish to find a therapist.