A Developmental Trauma Perspective on Working with Men in Therapy 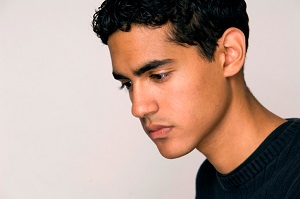 As a developmental therapist, I am always looking to answer one question when working with my clients: Where did their challenge/struggle/difficulty originate? The answer is rarely simple, and never is it one-dimensional. In fact, when seeking to answer such a question, it is vital that we as therapists take into account the multifaceted experiences that form us in mind, body, and spirit. Working with men can be a particular challenge, as many of the interventions and therapeutic approaches tend to ignore unique developmental issues and societal assumptions about what it means to be a man.

So many clients, both male and female, seek therapy with one core motivation: to make the problem go away. As therapists, we have to respect this motivation, but also understand its pitfalls. To buy into the notion that we have the power to help them make their problems simply go away is to set ourselves up for failure and, ultimately, burnout. With men, however, I believe that the desire to make the problem go away is attached to an idea of what it means to be a man. On an unconscious level, being able to eliminate the problem is associated with one’s worth as a man.

Understanding the Roots of Learned Gender Roles
Boys receive all sorts of messages about what it means to be a man. “Boys don’t cry,” “Man up,” “No pain, no gain,” “Just get over it,” “Don’t let them see you cry,” “Make it work,” and the like. These phrases may seem innocent enough, but at some level they are repeated over and over again, to the degree that boys learn that whatever it is they are feeling somehow makes them less than a man. While there are certainly exceptions, many boys never have a male role model who is emotionally vulnerable or appropriately expressive. In fact, what so many boys see, either in their families or in the media, are images of men who are able to express only one emotion: anger. It is rare (and certainly not the norm) to have sufficient modeling of emotional vulnerability and expressiveness.

As a result, boys are painfully lacking in early and consistent experiences of learning that what they are feeling is ok, much less learning how to soothe themselves when they are feeling upset. Instead, they learn that if they are feeling upset, they have to “man up” and remove or fix the source of what they perceived upset them. This can run the gamut from the socially responsible activist to the husband who needs to rescue his partner from feeling bad. When taken to extremes and coupled with high stress and/or traumas, it can manifest as violence and aggression.

Removing the Link Between Self-Worth and Suppressing Emotion
The core process is largely the same.  Men learn that when they are upset, they will feel better once they have removed the source of the upset. What is missing is their ability to stay with uncomfortable feelings and ride them out. The insidious aspect of all this is that their ability to remove the source of the upset is also attached to their worth and value as a man. Take, for instance, a man who got laid off from his job and is unable to provide for his family. As therapists, we would say that he needs to work through his fear, grief, rejection, loss, etc. Yet for him to acknowledge that he is feeling these emotions is almost akin to feeling completely worthless as a man. These feelings are overwhelming to him. He might acknowledge that he is scared about what will happen to his family, or that he is worried about his family’s future. But he will talk about these fears and worries in terms of what he is going to do or not do to fix it.

To actually acknowledge and respect his feelings of the entire process would be too overwhelming for him. Those feelings are overwhelming to the point where he feels unsafe and threatened by his own internal experience. He experiences his own emotions as a threat to his wellbeing, and feels unable to do anything about it or remove the threat. He believes that he can’t remove or fix the source of his upset (loss of job, loss of income, loss of value, etc.), and so he believes that he is powerless to end the overwhelming emotions that are swirling around inside him. His own emotions, and his inability to feel safe with them, can be indicative of sustained trauma.

Throughout his life, he has learned that as long as things are going well (he is in charge, in control, fulfilling his responsibilities, taking care of and protecting others, etc.), he is safe and secure. Yet when a situation arises where he can’t fix the source of the upset, whether it is his upset or the concerns of those he cares about, he becomes anxious without acknowledging the anxiety and feels ultimately powerless to do anything about it. At this point, he will either overcompensate though aggression, forceful advice giving, and rigidity, or he may simply shut down by detaching himself, becoming depressed. Taken to an extreme, he may turn to substances as a way to dampen the effects of the feelings he can’t control. At the very least, they can still create the illusion of being in control of their feelings with self-medication.

In therapy, these men have been typically been described as resistant.  I propose that we view them instead as traumatized, because their entire world view, their definition and experience of what is safe, has been organized around what they feel they can control and fix. I believe it is our job to help them move into a space where they can learn to let go of feeling the need to fix things. First, we must understand a man’s perspective on being asked to let go of his need to fix situations, be in control, and make problems go away. To him, this is like asking him to stop being a man, because he’s relinquishing the most basic and longstanding coping skill he has known that keeps him safe. We are asking men to open themselves up to their own emotions in such a way that, for them, feels like being tied to a railroad track with a speeding train bearing down upon them.

There are many resources out there for men and those who work with men. Terrance Real’s work I Don’t Want to Talk About It outlines much of this process for men and how it leads to a form of depression which may be otherwise masked by socially “acceptable” coping skills and behavior. It is well worth the read for clinicians, and can also be of huge benefit to clients as well. On a more societal level, Susan Faludi’s book Stiffed: The Betrayal of the American Man provides a more global look at the social movements of the latter half of the 20th century and its effect on the male psyche.

When working with men, it can be of huge benefit to consider such a theory. While men’s trauma may not be diagnosable using traditional criteria, it has been of huge benefit to approach difficult cases with male clients in such a manner. As with any client with a history of trauma, the clinician is advised first and foremost to provide a sense of containment and safety so that the client does not feel flooded too early in the therapeutic process. Helping the client with skills to ground himself in the present moment, connect with his in-the-moment bodily sensations, and practice incremental distress tolerance have long been identified as the cornerstone of any trauma treatment. Further information regarding the treatment of trauma can be found in the work of Peter Levine (Waking the Tiger, etc.).

Working with resistant clients is always a challenge for the clinician who is seeking to help. It can be tempting to use labels and traditional classifications that provide tidy explanations for patterns of behavior or relating that are problematic. Yet I have found in my work that using such a framework of understanding men in terms of society-endorsed forms of trauma provides me with a deeper compassion and patience, ultimately leading me to be more effective in my work with men.