Meditation and Yoga Can Improve Mental Health, and Other News 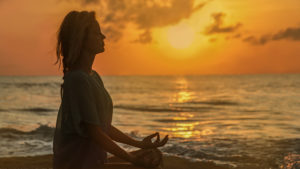 Yoga and mindfulness meditation are associated with improvements in physical and mental health, according to new research published in the journal Frontiers in Human Neuroscience.

Participants in the study experienced increases in the so-called cortisol awakening process (CAR). CAR is a measure of how and when the body releases the stress hormone cortisol. This is one way to measure resilience to stress.

This strengthens evidence for a link between mental and physical health, suggesting improvements in mental health could alter some risk factors for disease.

According to a study published in the journal Child Development, high school friendships can have long-lasting effects on mental health. Researchers followed 169 adolescents for 10 years, beginning at age 15. Teens with quality friendships tended to experience improvements in mental health over time. Teens who were popular, however, were more vulnerable to social anxiety in adulthood.

Authoritative mothers and mothers who display high levels of warmth may help their children cope with the trauma of war, according to a study published in the journal Frontiers in Psychology. As defined in the study, authoritative parents are warmer and more affectionate, but also exhibit higher levels of control over their children’s behavior than permissive mothers. Mothers who adopted this parenting style had children with fewer mental health difficulties and fewer externalizing symptoms, such as aggression.

How Therapy Can Cure Overeating

Many people who struggle with sticking to a diet may binge eat. Binge eating is an eating disorder that causes people to eat large quantities of food in a short period. It’s treatable with the help of a therapist, suggesting therapy might be the missing component of some diet or nutrition plans.

People with low incomes who score higher on measures of extroversion may be more likely to spend more money on status-related purchases, according to research published in the journal Psychological Science. The study’s authors theorize that people who are more focused on their relative economic status may spend more to compensate for perceived shortcomings.

How Winning the Lottery Affects Happiness, According to Psychology Research

A $700 million Powerball jackpot has everyone talking about how they’d use lottery winnings to improve their quality of life. But research suggests winning the lottery may not lead to greater happiness. Winners usually report being about as happy as they were before. Among people who don’t win—the overwhelming majority of lottery players—the psychology of the lottery is complex. People in desperate situations may be more likely to play the lottery, to overestimate their odds of winning, and to lose money seeking a jackpot.