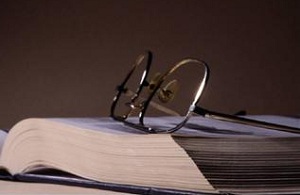 There is already a shortage of psychiatrists in the United States, and now it appears that even fewer medical school seniors are choosing psychiatry as a specialty, according to a news release from the American Psychiatric Association. Statistics that point to this declining interest in psychiatry are found in a report from the National Resident Matching Program, according to the news release.

The American Psychiatric Association is uncertain as to the exact reasoning for the smaller number of students choosing psychiatry, but they might be choosing other specialties that offer more profit, or they may be more interested in careers in clinical neuroscience and psychotherapy and don’t see the rewards associated with psychiatry. Experts within the association suggest that more emphasis should be put on the profits and rewards that psychiatry can bring.

According to a blog on the National Institute of Mental Health website, there are more aging psychiatrists and a small number of medical school students choosing psychiatry, leading to a shortage in psychiatrists. The blog mentions that the duties of psychiatrists appear to be shifting from incorporating psychotherapy to only prescribing medication. The author, Thomas Insel, the director of the National Institute of Mental Health, stated that it appears psychiatry is moving more toward cognitive neuroscience instead of psychoanalysis. Many students appear to have an interest in both fields, and it seems like the two specialties could be blending somewhat.

Carole Lieberman, a media psychiatrist and author of several books, such as Coping With Terrorism: Dreams Interrupted, said in an email that the role of psychiatrists has changed and not necessarily for the better, which is leading to a shortage.

“The reason why fewer med students are choosing psychiatry these days is because insurance companies and government reimbursement have turned psychiatrists into pill-pushers instead of psychotherapists,” Lieberman said. “Nowadays, many psychiatrists only see patients for ‘med visits’ of 15 to 30 minutes once a month or less. This is what I call ‘in and out burger psychiatry’—an assembly line. Patients get caught in the cross-hairs of this malpractice.”

She said that she doesn’t follow this new routine that many psychiatrists are sucked into. “Personally, I refuse to be reduced to a pill-pusher,” Lieberman said. “If someone wants to be my patient, they have to come once a week for 45-minute sessions of psychotherapy, and if they need medication I also prescribe it for them.”

She said the way many psychiatrists are working now is ineffective in actually helping people with mental health issues. “If a patient needs medication, they absolutely also need psychotherapy to get at the root of their problem,” Lieberman said. “When psychiatrists only prescribe meds, patients end up committing suicide or homicide or getting into other problems. Psychiatrists are not fulfilled as pill-pushers because the most interesting part of treatment is getting a deep understanding of each patient’s psychodynamics, and helping the patient to get insight into his behavior.”

She said even though psychiatrists now tend to be more focused on prescribing medication, a decline in this profession is still bad news. “A decline in psychiatrists, at a time when the world is in chaos, makes for a very dangerous combination, indeed,” Lieberman said. “Today’s stressors—the economy, terrorism, breakdown of the family, and so on, are causing more people to have psychiatric problems.”

“The concept of having allied mental health professionals do psychotherapy, and only paying psychiatrists to push pills, does not work,” Lieberman said. “There is not enough dialogue between them to make for cohesive and successful treatment. I see the results of this every day—mostly in my role as a psychiatric expert witness—testifying in cases of malpractice and wrongful death.”