‘Me, Too’: Sharing Stories of Survival After Rape, Other Sex Abuse 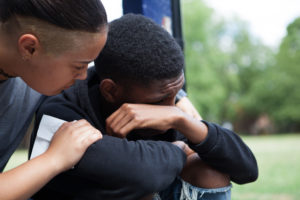 “Me, too” was once something people whispered to other survivors, often in the context of a support group or a friend’s revelation of rape. In the wake of allegations against producer Harvey Weinsten, #metoo became a widespread social media movement.

Alyssa Milano was credited with posting the first #metoo status. Within 24 hours of her post, the tag had been posted 54 million times. Though Milano was credited with founding the #metoo movement, and other white celebrities with lending their voices and support to its rapid spread, this movement is in fact long-standing: black anti-violence activist Tarana Burke created the movement more than 10 years ago. Burke, the founder of Just Be Inc., has dedicated her life to helping sexual violence survivors and has shared in interviews that she first realized the power of “me, too” when counseling a child about the sexual abuse she had experienced. Ten years after that first conversation, in 2007, she started a “me, too” movement and has encouraged women to destigmatize abuse by sharing their stories ever since.

The prevalence of the #metoo hashtag has brought to light what was once invisible. People have learned their parents, their children, their best friends, or their grandparents survived abuse. The hashtag has also made very visible the abuse many survivors face when they come forward. Many survivors have received comments that are threatening, demeaning, or that blame them for their abuse.

So what’s behind this movement, and how does sexual violence affect society?

Media stories about sexual abuse tend to use terms interchangeably, or lump all forms of sexual abuse together. This can make it difficult to understand studies of sexual violence or talk about sexual violence in a way that accurately captures the survivor’s experience. State and federal laws vary and evolve with time. So too do medical guides and study terminology. This means one study’s definition of sexual assault might be quite different from another’s.

In general, and for the purposes of this article, here’s what various terms mean:

Everyone Knows a Survivor

If you didn’t see a #metoo status on your social media feed, you might think you don’t know a survivor of sexual abuse. But statistically, everyone likely knows at least one survivor. Survivors are often reluctant to come forward and might not reveal their experiences, even to an anonymous surveyor. Studies consistently find between 10-30% of women have been sexually assaulted, and many more have faced sexual harassment. Women are not the only people affected by sexual assault, as it can happen to anyone. In all cases, male perpetrators outnumber those of other genders.

Many observers of #metoo were shocked to learn that someone they love had experienced abuse they never discussed. Some wondered why survivors waited so long to come forward.

There’s little data available on how long survivors wait to come forward. High-profile cases demonstrate, however, that some survivors silently carry their pain for decades. Anthony Rapp, the man who accused Kevin Spacey of sexually harassing him when he was 14, said the incident happened in 1985. Sixty women have now accused Bill Cosby of rape and sexual violence, and some of these accusations date back to the 1960s.

Surveys suggest some survivors never tell anyone about their abuse and/or delay coming forward because they think no one will believe them. A brief review of comments on articles about sexual abuse suggests one reason survivors don’t go public: they face a massive backlash. They may be vilified and threatened, particularly if they accuse a high-profile person. Often, people simply don’t believe them, insisting they must have some ulterior motive. This is in spite of overwhelming evidence that survivors who do come forward do so at great personal expense.

Some other factors that may play a role include the following:

Sexual abuse is likely to be extraordinarily traumatic. According to the U.S. National Comorbidity Survey Report, 50% of sexual assault survivors develop posttraumatic stress—a rate higher than that associated with other traumas, including military combat. Facing the backlash associated with coming forward can be profoundly damaging in general, but even more so when a person has PTSD.

How #MeToo Can Help Survivors Talk About Their Experiences 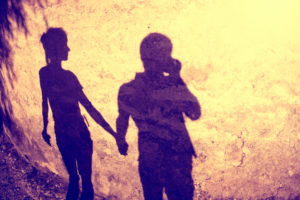 The #metoo phenomenon might also explain why the flood of accusers against high-profile individuals began as a trickle. The more people came forward, the safer it may have felt to join them.

One of the simplest ways to support survivors of sexual assault and abuse is to always assume a survivor is present during discussions of sexual abuse. Consider how a survivor might feel about the discussion and then try the following:

How to Support Survivors

If someone you know is a survivor, you can offer support in many ways. One of the most important is to believe them. Don’t interrogate them about their experience, demand they explain things you don’t understand, or otherwise put them on the defensive. Remember that talking about the experience can be traumatic, and a survivor might not wish to reveal details, or even discuss the experience at all.

Consider asking the survivor what they need, since every survivor is different. Some places to start include:

Where to Find Help

Survivors can and do recover. It’s possible to lead a fulfilling and happy life, even after a highly traumatic assault. Survivors should not feel pressured to recover immediately, but they should also know the right help can make life more manageable.

Both survivors and those who love them may need assistance. So if someone you care about has been victimized, survivor resources can help you manage your own feelings while helping you assist your loved one. Some places to find help include: