#MeToo and You: Becoming Power Positive 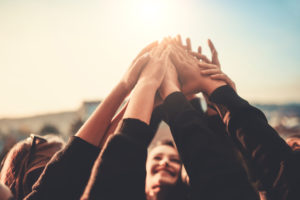 How is the #MeToo movement and the issues it brings up affecting you personally and professionally?

Every year in Boulder, Colorado, there is an impressive Conference on World Affairs (CWA). This year I attended a panel, The Power Behind #MeToo: What’s Next, by a number of expressive and wise women. A summary and some of my takeaways follow, with actual quotes italicized.

There were moving stories. There was a woman who spent her growing-up years thinking—no, believing—rape and psychological abuse were the way it was supposed to be for women. A woman whose rape experience was devoured by so much shame that she told no one until she was in college. A woman whose adult sexual life is distorted because of her too-early experiences of being abused. A woman who said, “Take me seriously. I’m done playing small.” An immigrant woman (now a U.S. citizen) who is angry and frustrated because the people she talks with are great listeners but “action, zero.” A woman who said, “Male domination has made me so strong. As a woman jazz musician, I really had to fight for my place.” A woman who painfully admitted that after hearing, “Either you’re in a relationship with me or you don’t work here,” chose to take care of herself by signing a nondisclosure agreement.

The women on the panel also talked about their sense of what the goals of the #MeToo, #Enough, #NeverAgain movement are. They said:

The panel then talked about what’s next. Here are their recommendations.

At the end of the panel, there was a sense “it’s going to be messy and (messed) up for a while as we move from chaos to a new order. We’re like a liquified caterpillar right now. It’s going to be disgusting. Get excited!”

My work gives me a perspective. It may seem power is the enemy and that kind, respectful, and well-intentioned people should therefore avoid having power. However, avoiding personal, role, and status power is not the answer. This avoidance is another form of misuse of power—under-use of power. Under-use of power causes harm too.

What is most important and necessary is to own the power you have. Once you do that, you are in position to understand the nature of power with its gifts and its perils. Once you understand the dynamics of power, you can stand in your strength while staying in your heart—connected to and collaborating with the people you serve.

If you’re struggling with right use of power in your work or relationships and want help, reach out to a trained and compassionate therapist. Therapy is a judgment-free zone where self-understanding is a universal goal.