Mass Shootings Linked to Domestic Violence? And Other News 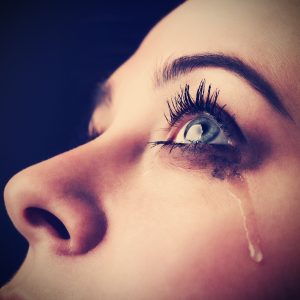 According to the ex-wife of Omar Mateen, the gunman in last weekend’s Orlando night club shooting, Mateen beat her, took her money, and isolated her from loved ones until her parents helped her flee in 2009. Her story is not unusual. Researchers are increasingly uncovering a link between acts of mass violence and interpersonal and domestic violence.

Some analysts point to a correlation between the desire to control female intimate partners and the “traditional” gender roles many mass shooters endorse.

Early Puberty in Girls Raises the Risk of Depression

Girls who begin puberty earlier than others may be more vulnerable to depression, according to a large study of more than 8,000 Hong Kong children. Anxiety, disordered eating, and self-harm may also be more common in girls who enter puberty early. There is some evidence that growing up in adverse conditions—such as poverty—can lead to early puberty.

Who May Die? California Patients and Doctors Wrestle with Assisted Suicide

California’s recent legalization of assisted suicide increased the percentage of Americans who may legally elect to end their lives from 4% to 16%. Many hospitals do not yet have policies for complying with the law, and no provider is required to help a patient die. Both doctors and patients continue to grapple with when assisted suicide is appropriate, and the standards that work for one patient may be irrelevant for another.

It has been seven years since a doubling in Army suicide rates, yet the military has not still not addressed several stigmatizing policies identified by a 2014 RAND Corporation study. Experts say addressing these policies could greatly reduce the suicide rate. Statistics on suicide, which were once available once per month, are now only available quarterly. Experts worry this could signal a “new normal” of high suicides, with little hope for improvement.

For Teenagers, the Pleasure of ‘Likes’

Parents may worry about drugs and alcohol, but social media “likes” may give some adolescents the same rush that other generations got from chemical substances. A study of 32 teenagers who regularly used social media found social media attention activated the same reward centers as sex, money, or ice cream. The study found peer pressure also played a role in teenagers’ social media participation, including the images they did and did not click. In this case, the study’s authors say peer pressure—or peer influence—may not always be negative.