How Partners Can Fight Fair 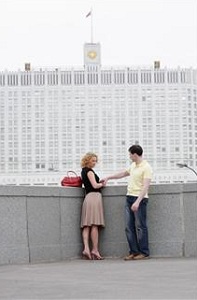 Disagreements are natural parts of relationships. When two people come together in an intimate union, they bring with them varying habits, personalities, and beliefs. Inevitably, these opposing views will collide and cause a conflict. Disagreeing with your partner is not a bad thing. It is healthy to voice your opinion and maintain your identity when part of a couple. And it is equally important that your partner be able to maintain his or her identity. Conflict is not the thing that causes negative attitudes in a relationship. It is the way in which the conflict is confronted that determines the emotional outcome, regardless of who wins the debate.

In a recent article, Rory Vaden, bestselling author  and cofounder of Southwestern Consulting outlines several things partners should and should not do when they disagree. At the top of his to-do list is making sure that you let your partner know that you care about him or her, at both the beginning and the end of the discussion. Setting the tone of the communication with love and calmness by not raising voices also helps maintain a constructive conversation. Vaden also suggests that partners talk specifically about the situation at hand and not general character attributes.

No one likes to admit they’re wrong. But Vaden insists that being right is not as important as finding out what the right solution is, despite who may be at fault. Keeping an open mind and being willing to apologize for mistakes or transgressions adds power and validation to the discussion and lowers defenses on both sides. Vaden adds that name calling and abusive language only serves to create barriers to resolutions. Some people tend to withdraw and shut down when they are being criticized, while others exhibit hostile behaviors. Neither response will get you to a loving and satisfying solution. It is also important to remember that if your partner didn’t care deeply about you and the relationship, he or she would not put the effort into trying to resolve the conflict. He says, “As long as we know the other person cares about us, it will give us a common ground to work from as we try to unite two seemingly conflicted views.”