Marijuana Use May Spark Substance Abuse, But Not Anxiety 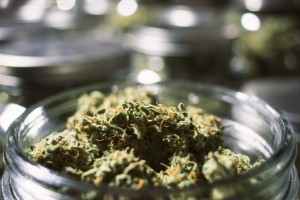 The long established view that marijuana increases a user’s risk for anxiety and depression is being challenged by new research. However, the same study connects marijuana use with a greater likelihood of abusing other substances.

Published this month in JAMA Psychiatry, the findings relied on data from nearly 35,000 participants in the National Epidemiologic Survey on Alcohol and Related Conditions.

Research on Marijuana Use and Mental Health Conditions

Researchers led by Dr. Mark Olfson of Columbia University determined marijuana use did not lead to an increased risk of mood or anxiety-related conditions, despite repeated earlier findings suggesting the opposite. In the research, participants’ marijuana use between 2001 and 2002 was compared to their rates of mental health conditions three years later.

The primary conclusion of the new research, however, was largely overshadowed in media reports that focused mainly on the contradiction to the established link between marijuana and mood issues. Olfson and his colleagues focused more on the association between regular marijuana use and an increased risk for abuse of other substances. Marijuana users were more likely to indulge in alcohol, cigarettes, or other drugs compared to non-users.

Earlier research has bolstered the new study’s findings regarding mood conditions, discrediting the widely held connection to depression and anxiety following regular use of cannabis. Such studies acknowledge that, on paper, the link seems plausible. However, once confounding factors like environment and family history are considered, the actual cause or causes become less clear.

These conclusions run contrary to other research. For example, when 2,000 residents of Maryland were surveyed in 1980 and once more between 1994 and 1996, those who smoked marijuana regularly but did not initially report symptoms of depression were four times more likely to develop those symptoms compared to non-smokers.

Additional research from Australia involved 1,600 teenagers who were questioned about marijuana use seven years apart. That study determined that young women who used marijuana on a weekly basis were twice as likely as non-users to display eventual signs of depression.

Then there’s research that both supports the conventional notion of marijuana increasing anxiety, while simultaneously challenging it. In 2014 a group of international researchers led by Vanderbilt University found cannabinoid receptors in the brain’s anxiety control hub, which points to the calming relief some users experience. However, the group simultaneously notes that overuse of the substance has been shown to trigger greater anxiety.

Researchers involved in the new study strongly emphasize that the findings related to anxiety and depression rates should not undercut the demonstrated link between cannabis and substance abuse, though further research is necessary to replicate these findings.