Are You Being Manipulated? Keys to Hidden Aggression 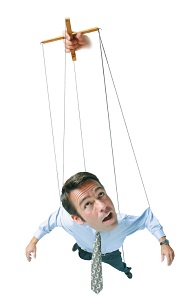 We all engage in manipulation from time to time. When your boss asks you what you thought of his or her terrible presentation and you render lavish praise, you’re concealing your real feelings in an attempt to elicit the reaction you want from someone in power. But in close interpersonal relationships, manipulation can take on a much darker hue, leaving its targets never quite knowing where they stand.

The very nature of manipulation makes it challenging to know when you’re being manipulated. Manipulators attempt to conceal their motives and feelings, and their targets—who often struggle to sustain an honest, open, and manipulation-free relationship—may have to do some detective work to determine whether they’re being played.

What Is Manipulation?
Manipulation is the process of trying to change another person’s feelings, beliefs, or behaviors through indirect tactics. Rather than asking for what they want, manipulative people tend to use deception, coercion, even threats to get their needs met.

Tactics Manipulators Use
If you’re concerned that you’re being manipulated, examine the tactics the other person is using. If you find yourself caught up in a web of deception and unclear motives, it could be manipulation.

Some common tactics manipulators use include lying, withholding information, denying feelings, playing the victim, blaming the victim, minimizing others’ feelings, pretending to be confused or ignorant, guilt, shame, and pretending that his or her tactics are intended to serve a higher calling such as God or a political cause. Manipulators also frequently use gaslighting—the process of provoking someone into an extreme or angry reaction, then blaming the other person for his or her reaction.

While anyone can be manipulated, expert manipulators tend to target people with and take advantage of certain personality traits. These traits include:

Why People Manipulate
For some people, manipulation may be an inadvertent strategy for dealing with a cutthroat world in which discussing feelings is often taboo. Manipulation is part of the normal range of behavioral tactics, and most people engage in manipulative strategies from time to time. People whose primary style of interaction is manipulation, however, tend to share some traits in common. These include:

How to Handle a Manipulator
Many of us are highly aware when we’re being manipulated, but are still left unsure of what to do. Because manipulators often play the victim, some victims of manipulation might excuse their behavior or insist that the manipulator doesn’t really know what he or she is doing. Manipulators thrive on hiding their motives, so it can be challenging to get them to admit their true intentions, and many people will refuse to do so even under pressure. Instead, try the following tactics: