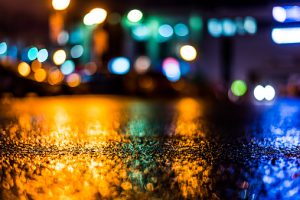 Men with a history of substance abuse might be less likely to abuse their partners if they use psychedelic drugs, according to a study published in the Journal of Psychopharmacology.

Recent studies have explored potential mental health benefits associated with psychedelic drugs. In 2015, one study identified a potential link between psychedelic drugs and a decrease in suicidal thoughts. Psychedelic drugs alter perceptions and cognition, with some producing hallucinations or delusions. Lysergic acid diethylamide (LSD), Methylenedioxymethamphetamine (MDMA/Ecstasy), and psilocybin mushrooms are among the most common psychedelics.

Researchers followed 302 male inmates for an average of six years following their release. Each participant had previously been incarcerated at a United States county jail and had a prior history of substance abuse, though not necessarily of psychedelic drugs.

Forty-two percent of participants who did not take psychedelic drugs were arrested for domestic violence within six years of their release, compared to 27% of those who had taken psychedelic drugs.

The study was not a clinical trial, and researchers did not directly test whether or how psychedelics changed users’ behavior. They suggest the correlation between psychedelic use and a lower risk of violence might be due to changes in thought patterns.

According to the study’s authors, domestic violence often occurs when abusers externalize their emotions or fears onto intimate partners. Psychedelic use could reduce this tendency. Many psychedelic users report transcendent spiritual experiences that produce positive emotions of unity and connectedness. These experiences could change how users behave toward their partners.

Despite recent interest in the effects of psychedelics, research on their mental health effects has slowed due to the drugs’ classification as Schedule I drugs, which are defined as drugs that have the highest potential for abuse with no accepted medical use. Some psychiatrists have recently called for the reclassification of these drugs, because such a reclassification would make them more accessible to researchers.