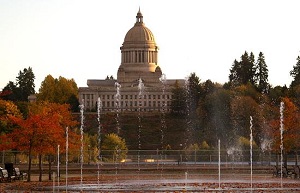 Every city has its quirks—notable traditions, rituals, and peculiarities that everyone recognizes but no one talks about—and one 21st-century way of paying homage to these characteristics is through memes. Memes, which are viral symbols of ideas, usually take the form of some type of picture or image accompanied by a quip in blocky text, distributed on the Internet. Pages designed especially to create and showcase memes related to cities, communities, subcultures, and events have been popping up everywhere online. Even in Olympia, Washington, home to GoodTherapy.org’s regional office, there’s a Facebook page devoted to memes about the capitol city’s own many quirks.

While every neighborhood or community adopts certain characteristics and traditions, most communities also struggle with aspects of homelessness, substance abuse issues, violence, poverty, and hunger. Olympia is no different. In the past year, Olympia has seen more than its share of homicides, burglaries, suicides, and instances of fatal drug overdose. When a well-known and beloved Olympia transient committed suicide in early September, the anonymous creator of the Olympia Memes page sprang into action. “OlyMemes” raised money for Derrick “Dudeman” McDougal’s cremation and ensured that he was given a proper, respectful memorial service.

Even before McDougal’s death, OlyMemes had coordinated fundraisers and community-building events, like clothing and toy drives. And in the past two months, OlyMemes created a memorial organization called I Remember Derrick to promote suicide awareness and prevention. I Remember Derrick has gathered hundreds of donations from the community for the homeless population, including toiletries, clothing items, and information about suicidal ideation and coping with suicidal thoughts.

The efforts of OlyMemes caught the attention of GoodTherapy.org, not only because they are in line with our own mission of raising awareness of mental health issues, but also because, as residents of Olympia, we too have been witnessing the effects of mental health issues and homelessness in our community. GoodTherapy.org recently asked OlyMemes some questions about the motivations behind creating a memes page and getting involved with mental health advocacy and outreach.

You’ve been active in the community for quite some time, before your efforts on behalf of Derrick McDougal, with events to help SafePlace and simply encourage positive behavior in the community. Was that your original objective behind creating a memes page?
Absolutely not. Haha. I would love to say that I did this all with the intent to be this great humanitarian, but it wouldn’t be true. Creating this page and sharing my sense of humor with people was actually a means I used for very selfish reasons. I had a difficult year in 2012, and starting the page helped bring me out of that shell. I realize now, in retrospect, just how much it did for me personally.

What have been your motivations for being active in Olympia, especially with regard to raising awareness of homelessness, mental health issues, and suicide?
Like many others who grew up in the Olympia area, I saw with my own eyes the life of the streets in Olympia. I lived it. I struggled with it, and by grace I got through it. I battled a seven-year addiction to methamphetamine. You don’t forget it. I have been recovered now for over nine years, and I can still remember exactly how it felt, tormented in my own skin, to walk the streets of Olympia. I’m going to be honest with you: After getting clean, I hated Olympia, because I associated its streets with the pain of addiction—the pain of having to say goodbye to people I thought were friends. But when you break an addiction, you walk away. You cut ties. You don’t go back. And I didn’t go back. That was all until I started OlyMemes. OlyMemes has been a cathartic experience for me because, meme-by-meme, I am replacing years of pain. So again, in this way, I do feel like I run my page for selfish reasons.

What methods or techniques have you found that get people most interested in helping their community?
You know, I tried really hard to pin something down, but I really don’t think I have a method or technique when it comes to getting people involved. I would like to think that over the last year we have built a sort of relationship in the community, which is why things like our SafePlace event and our fundraiser for Derrick “Dudeman” McDougal were successful. I think people just deep down want to feel connected to something. So, memes page it is.

How are you hoping the I Remember Derrick organization will help folks on the streets of Olympia and in the larger community?
My hope is that the story of Derrick serves as a wake-up call that what we are currently doing on our streets is not working. I hope it calls not for better programs, but for better people. This is why we are including information on suicide prevention and awareness as part of our message. The days preceding Derrick’s death were filled with warning signs that were either ignored or missed altogether.

Do you have a personal investment or history with mental health concerns? How has that influenced the work you’ve done in the community?
I have a history with the struggle of finding yourself in a place in life that you never meant to be in. Don’t think anyone dreams of growing up and being addicted to drugs or living on the street. I think we all have circumstances in our lives that leave us living on the grace of others. I want to help be that grace for someone else.

Are you hopeful about the changes that can be made to make Olympia safer or more cognizant of those who are homeless or experiencing mental health issues?
I am hopeful that we can see a better Olympia. But until we start to respect each other across the board, we won’t get there.

Homelessness and mental health issues are global problems, and we hope that the efforts of OlyMemes are representative of mental health advocacy around the world.