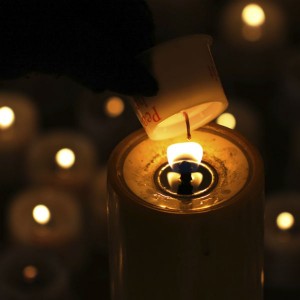 The death of Robin Williams shocked many of us. Though I knew he battled addiction over the years, I did not know that he also battled depression.

There are many people talking about the experience of struggling with suicidal thoughts and the fight to keep them at bay. However, too often the other victims of suicide are forgotten. These are all of the people who are affected by the death. In the case of Williams, the impact is tremendous. His wife, ex-wives, children, family, close friends, neighbors, co-stars (current and former), off-screen coworkers, workers who create and manage the production, fans, followers, and the general public throughout the world are affected by his decision and completion of suicide.

Obviously, I do not know all the details of Williams’ life or death, but I do know that in the instance he decided to act on the idea and desire to end his life, he thrust others into pain as well.

How many other times had he thought about suicide but didn’t make the choice? What, at age 63, made this time different? Why, now, did it become too much for him to bear?

I imagine that there were other times in Robin Williams’ life when he was hurting, feeling hopeless, and wanted to end it. There were other storms that he endured. Of course, we won’t know what changed for him to make this time different. That is one of many questions that his family and others will be asking themselves. There has been some speculation about the possibility that Williams was struggling with the early stages of Parkinson’s disease, a progressive disorder of the nervous system. He was said to be sober at the time of his death.

And what about everyone who loved Williams? What about the other victims of suicide and the pain and hopelessness that has been set in motion among the living because of the act of suicide?

In addition to the initial shock and grief that people experience with death, it becomes complicated grief because the death was preventable. As with homicide, a human caused the death. So it’s natural and reasonable to believe that a human could have prevented it. Those left behind, amid their grief and pain, may feel simultaneously enraged by his death and inability to wait out or move through the storm.

Suicide is a permanent solution to a problem that’s typically temporary. And while it ends the problem for the one suffering, it creates myriad problems for survivors. In addition to grief and sadness, there is anger, shame, and isolation. We can talk about cancer and car accidents, but we don’t know what to say when someone dies by his or her own hand.

To those who have loved someone who died by suicide: I’m sorry. Know that their choice is not your responsibility. Also know that you do not need to shoulder this burden alone. Be in spaces and environments where you can speak openly and without reservation about the many feelings and emotions of losing someone to suicide.

When life feels overwhelming, painful, and even hopeless at times, remember that others can hold the hope, even if you cannot. One of my favorite sayings is “this too shall pass” because I’m reminded that the sun will shine again, even if I can’t see it from where I’m standing.