Part II: The Challenges of Leaving an Abusive Relationship 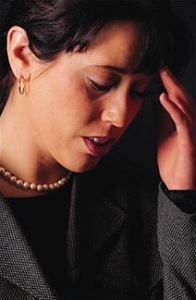 The most obvious way to improve and support the mental health of domestic violence victims is to get them out of their abusive relationships. If only it were that simple, though. Even when victims do finally decide to escape their unhealthy partnerships, significant hurdles often remain.

“Even when someone chooses to leave a relationship, they may be forced to stay because shelters do not have space or cannot accommodate their needs, such as translation or facilities for special needs children,” Adwoa Akhu, a licensed clinical psychologist in New York, said in an e-mail.

Authorities and even family and friends may doubt the stories of abuse victims, chalking them up to mental instability or illness.

“Abusers capitalize on this perception, and will often use the victim’s mental health status to convince her and others that she is imagining, exaggerating, or causing the violence,” said Lynn Fairweather, author of Stop Signs: Recognizing, Avoiding and Escaping Abusive Relationships, in an e-mail.

Shannon Bruce, director of a battered women support program in Minnesota called Horses Helping Humans, said by e-mail that mental health issues can make women more vulnerable to domestic violence. These include having a poor self-concept, being isolated and lacking a strong support system, depression, and being financially dependent, she said.

Women who end up in abusive relationships may not experience all, or any, of those issues before entering their relationships, but they are common after the relationships are established. When multiple such issues arise, leaving becomes all the more challenging. This is especially because a lack of identity and social support, and the presence of depression, can make it extremely difficult to become financially independent, compelling many women to stay with their abusers as a survival strategy.

If family and friends keep tabs on each other and communicate consistently, abusive relationships are more likely to be exposed and ended.

“Abuse happens because it is kept secret,” Bruce said. “Abusers know they must isolate their victims to control them. The victim hides the abuse out of shame and the fear that if it were known the relationship would never be permitted to continue. That’s hard for people to understand (that the victim may want the relationship to continue), but there is something called traumatic bonding that occurs in many of these situations that creates a very real dependence on the abuser.”

For women who are experiencing mental health issues due to domestic violence, Fairweather suggests seeking a therapist or therapy group that specializes in such issues. Also, reading books and articles about domestic violence and mental health can help victims recognize the seriousness of their situations. People can call the National Domestic Violence hotline at 1-800-799-SAFE for additional resources.

“Whether it’s a counselor or a trusted friend, it’s critical that victims talk about their abuse to someone supportive so they can process their experiences and minimize the possibility that they will become involved with another abusive partner in the future,” Fairweather said.

Akhu said support groups can be beneficial for survivors because they might feel less stigmatized and isolated around people who have been in similar situations.

“Victims of domestic violence often benefit from individual psychotherapy with a therapist that can help them understand the dynamics of intimate partner abuse, recognize healthy relationships, and address the specific psychological symptoms they are experiencing,” Akhu said.

Gary Direnfeld, a social worker, said by e-mail that therapists can help domestic violence victims understand what they are experiencing and develop an exit strategy.

“When the abused is no longer under the spell of the abuser and hopefully is in a safe place to examine her life and situation, she can then begin to develop a more independent self,” he said. “Further, as she is empowered and begins to feel safe, she can then begin testing her assertiveness skills and begin developing a boundary to protect herself from the inappropriate intrusions of others.”

While most victims of domestic violence are women, Akhu said it’s important to remember that men also are targeted. About one-fourth of victims are males, who face their own set of challenges in combating the issue—such as stigma and fewer resources to turn to, she said.

Even when physical abuse is limited to adults, domestic violence also scars children. Young people who are exposed to abusive relationships may be more likely to be abusive as adults, Direnfeld said, and benefit greatly from education and healthy relationship environments.