Wounded Leaders: There’s So Much We Can Learn and Heal Through the Elections 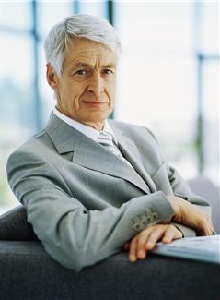 Right after the new year begins, the elections process will ramp up again… bombarding us with news at each and every step, building to a series of feverish pitches.  One at each caucus or primary. One when the Republican nominee is selected. One at the Democratic convention. And one on election day.

This is our country. This is going on amidst us. We are part of it, however we respond. Some of us are addicted to the adrenaline rush of the candidates’ activities day-by-day. Some of us are so dismayed and discouraged by the whole process… we don’t even go to the polls. Many of us are sickened, confused, saddened, outraged, and/or frightened by what we witness. Others of us don’t want to watch or hear about any of it… just (hopefully) do the research to choose who we’ll vote for and go the polls on election day.

There is another way to approach the elections – this cycle and those in the future. A way of learning, growing and healing: To look at the elections through the eyes of woundedness and healing. “Who wants to do that?” you might ask. I do, of course. It is who I am. And who I am is why I chose to respond to a calling to help people heal their wounds. But you might, too… if you really understood the depth and impact a new way of looking could bring.

In my book, Power Abused, Power Healed, I begin the Prologue…

Power is like fire, lightning, wind, ocean – like life itself – a raw, vibrant force of nature. It has the potential for great harm and the possibility for magnificent good. Each of us chooses, whether consciously or unconsciously, how we will use the power of our own life energy.*

So let’s look at the election process right in front of us through this lens.  I could show you at any point in any election, from the vantage point of any political party.  But since we’re in the middle of the process with the Republican party… let’s take a look at a slice of the process as it has been in the past month or so and as it is right now.

Among the contenders for the prize of nominee…

*Someone who broke his marriage commitment to his wife – had an affair with another woman and sexually harassed a number of women.
*Someone who pulled out of context things another person running said in the past, and put them in an ad in such a way that the ad was a lie.
*People who are deeply prejudiced under numerous guises and without compassion.
*Someone who claimed the right to use the power of public office to force all school-age girls to receive a vaccination.
*Someone so blatantly arrogant… that’s practically all you could see of the person.

If you look at just these contenders through the lens of wounding, you would see contending for the office of President of the United States… people who are deeply wounded:  who cannot keep a commitment; who lie; who are prejudiced and compassionless; who violate personal boundaries; whose arrogance is the chosen defense against vulnerability.

If any one of these contenders became our President, that person would lead – or rule, depending on the chosen use of power – from wounding. That person’s leadership would be driven by wounding and defenses against vulnerability.  At the very least, that person’s leadership would be greatly impacted by wounding.  He would have the power to break his commitment to us as his country people, to lie without compunction, to exercise power without compassion, to force his will upon others, and to prance himself arrogantly all over the world (as our President)… like the Emperor without any clothes in The Emperor’s New Clothes.**

So if these and other candidates are so wounded, why are we supporting them? Why would we vote for them? Why are we like the townspeople in the story of the Emperor? Why aren’t we insisting that they do their inner work to heal these wounds… before they could ever run for public office?

Here’s an example. Vince was gung ho for the arrogant candidate. Sent him money. Worked for him. Talked him up at work and home. Watched or went to his every event. Nobody in Vince’s life could really understand this. To them it was incomprehensible.  Vince insisted it was perfectly natural, although he couldn’t explain why.  His inability to be clear about the reasons was due to his wounding in childhood.  And he was unable to free himself until he went to a good therapist to discover the underlying attraction to the candidate and to heal it. (You’d be surprised who or what will help someone open to getting help!)

In his therapy sessions, Vince slowly revealed to himself and his therapist… Vince’s father was arrogant. And Vince loved his father. Vince’s father was also abusive. And Vince was terrified of his father. So along comes an arrogant man seeking leadership… and Vince was triggered without his even being aware, triggered by love of his father and triggered by fear of his father. As a result, he was caught like a fly on fly paper. Until he could both understand what had happened, and feel again the buried pain he had experienced with his arrogant father… the love that was not returned, the terror of being attacked by arrogant barbs and abusive actions, and more.

And fortunately, Vince was able to do enough of his inner work before the election to not actually cast his vote for the arrogant candidate.

In my field, there are therapists and healers who are wounded healers. Their task is to do their own work, get the help to heal themselves, so they don’t act out their wounds on their clients. Sadly, tragically, too many don’t do their own healing.  But they need to.

In the field of politics and government, there are politicians and leaders who are wounded leaders. Their task is to do their own work, get the help to heal themselves, so they don’t act out their wounds on the national and world stage at the cost to us all.  Nobody has ever insisted they do this. Because we never looked at them through this lens. And because we most often haven’t been willing to look at ourselves through this lens. It’s time for both. And it’s our responsibility to make it happen. It’s our responsibility to see how we get caught by certain candidates and their relationship to our own early wounding. And it’s our responsibility to begin finding a way to insist that our leaders heal themselves in order to use their power well… instead of destructively acting out their wounds all across our Earth.