Kids with an Absent Parent May Drink and Smoke Earlier 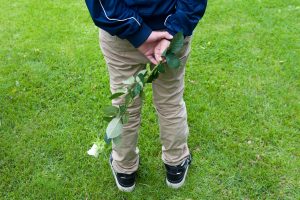 According to the results of a new study, children who experience the absence of a parent before age 7 are more likely to try smoking and drinking by the time they are 11 years old. Previous research has associated parental absenteeism with these behaviors in adolescents and adults, but this investigation sought to examine the impacts as they may occur earlier in life.

Children who face adverse conditions early in life are often prone to continuing problems later in life. Childhood adversity may come in the form of abuse, neglect, or abandonment, among other situations. According to attachment theory, the disruption of a parent-child relationship when the child is young can have negative effects on emotional and psychological development later on.

Published by the journal Archives of Disease in Childhood, this study included data on almost 11,000 United Kingdom children that had previously been collected for the UK’s Millennium Cohort Study. All participants were born between 2000 and 2002.

Researchers reviewed parental presence at five age points (initially 9 months, then at ages 3, 5, 7, 11) and absence was noted only if it was due to the death of one parent or by separation of the parent-child relationship. At the final age point (11 years), researchers recorded child usage of alcohol, extent of usage, and reports of cigarette smoking.

The findings showed children who experienced parental absence before the age of 7 were more likely to have tried alcohol and tobacco by age 11. No differences were found based on child gender, age of absence, or which parent was absent.

In another significant finding, children who experienced absence of a parent due to death were more likely to drink to the point of drunkenness. These results suggest parental absence at a young age can have lasting behavioral effects that begin before the teen years.

Parental Absence as an Epigenetic Effect

A 2014 review in the journal Neuropsychopharmacology suggests the negative effects of parental absence are at least partially supported by epigenetics. Epigenetic effects are changes to the way genes are expressed in the body and are usually caused by interactions with environmental factors. Scientists continue to reveal new ways in which humans are impacted by epigenetics. Sensing that a parent is not there when needed may trigger biological processes that can alter genetic expressions on a physical level, though further research is needed to test this theory.