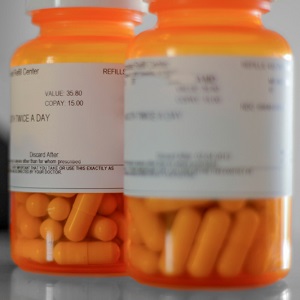 Ketamine is an anesthetic drug commonly used in both human and animal medicine. Unless you’re interested in medicine, though, you may only know Ketamine as a street drug popularly known as Special K. The brain-altering effects that make Ketamine a tempting option for drug users may also render the drug a powerful depression treatment, according to recent research.

For people struggling with depression, the wait for an antidepressant to kick in—a process that can take eight weeks and that may require a patient to try multiple drugs—can feel like an eternity. A recent study on four people with depression has yielded what lead study author Colleen Loo calls a depression “game changer.” Each subject was administered an intravenous dose of Ketamine once per week. Three of the four subjects experienced rapid relief of their depression symptoms.

For each of the three subjects who saw an improvement, the greatest improvement occurred at the highest dose of Ketamine. All three subjects relapsed back into depression after a week, though, suggesting that Ketamine’s effects might be short-lived. If Ketamine were ever to become a widespread depression treatment, people receiving the drug might need to undergo weekly treatment sessions to avoid relapse.

This isn’t the first study that has uncovered Ketamine’s positive mental health benefits. One recent study found that Ketamine could also serve as a rapid treatment for posttraumatic stress; most of the patients in that study experienced relief within a few hours of undergoing Ketamine treatment.

Among people with treatment-resistant depression, electroconvulsive therapy is a treatment of last resort. Some research suggests that patients who receive Ketamine anesthesia prior to the procedure experience better results and are more likely to recover from depression.

All of the studies on Ketamine to date have been done on relatively small groups, so more research needs to be done before doctors can definitively say that Ketamine treats mental health conditions.