Is Your Cat Changing Your Brain? 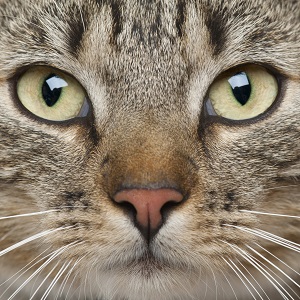 Researchers have long known that owning a pet offers numerous health benefits, including a decreased risk of depression and suicide. Therapy pets can play a key role in helping isolated and elderly people, and in improving the morale of people with chronic illnesses.

When it comes to cats, though, these benefits might not be the only things that come with the deal. Everyone has heard the stereotype about the “crazy cat lady,” but could it be that, in a sense, they’re actually onto something? Czech scientist Jaroslav Flegr argues that common cat parasites can infect people, changing everything from their clothing preferences to their mental health.

Cats excrete the parasite Toxoplasma gondii in their feces, as any pregnant woman with a cat knows. This parasite can lead to toxoplasmosis, which pregnant women can pass on to their babies. Consequently, doctors routinely advise pregnant women to avoid cat litter boxes. Healthy adults who get the parasite rarely suffer serious health consequences, but Flegr’s research indicates that infection with the parasite might have more implications than previously thought.

According to Flegr’s research, one of the strangest results of a toxoplasmosis infection is sex-specific personality changes. Flegr says women infected with the parasite tend to be meticulous with their appearance, often wearing expensive designer clothing. They’re also more social and have more friends than uninfected women. Infected women also have a high respect for rules, and people can easily gain their trust.

The effect on men, however, is the exact opposite. Flegr found that men infected with the parasite were more likely to be slovenly in appearance, wearing old or dirty clothes. They’re also more introverted, with fewer friends, and tend to ignore rules and be highly suspicious.

The weird effects of toxoplasmosis don’t end with subtle personality changes. Flegr theorizes that a toxoplasmosis infection could trigger schizophrenia in people already susceptible to the issue. Flegr conducted an MRI study of 44 people with schizophrenia. Twelve in the group had reduced gray matter in their brains, and most of these 12 were infected with the parasite. Another study found that, among women, the suicide rate increased in direct proportion to the rate of toxoplasmosis infections.

What Does This All Mean?

Flegr’s results can seem mind-boggling, but prominent scientists have argued that his data seem sound. His results aren’t yet conclusive, though. He could be stumbling across a correlation. Perhaps image-conscious women and withdrawn men are more likely to get cats, and therefore more likely to develop toxoplasmosis.

Does this mean you should get rid of your cat? There’s no reason to deprive yourself of a feline companion; indoor cats aren’t typically infected with the parasite. Keeping your cat indoors can keep him or her safe from predators and protect local bird populations, so the risk of toxoplasmosis is just one more reason to turn an outdoor cat into an indoor cat. For the first several weeks after moving an outdoor cat inside, the cat can shed the infection, so keep him or her off of counters, tables, and other areas where the risk of infection spreading may be higher. Diligent hand-washing, particularly after you come in contact with a cat or litter box, can help keep you safe.

It’s important to note that you don’t have to have a cat to get toxoplasmosis. You can get it through infected food, especially meat and vegetables. Thoroughly scrubbing veggies can help you avoid the bizarre personality changes that Flegr’s research suggests coincide with toxoplasmosis, as can thoroughly cooking your meat.