Investing in Mental Health Outweighs Costs, and Other News 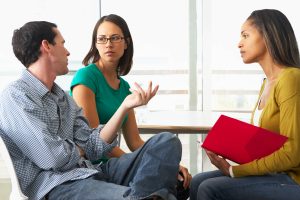 According to a recent World Health Organization (WHO) analysis, depression and anxiety cost the world $1 trillion each year.

Between 1990 and 2013, the number of people with depression or anxiety rose by about 50%, from 416 million to 615 million. Nearly 10% of the world population has either depression or anxiety, and mental health diagnoses make up 30% of the world’s non-fatal disease burden. During emergencies such as natural disasters and local conflicts, mental health issues are even more common, affecting as many as 1 in 5 people.

The study linked mental health conditions to an overall decrease in productivity, but also found significant benefits associated with treatment. According to the WHO, for every $1 invested in mental health care, there is a $4 return on the investment through improved overall health and work ability.

According to a new study by the Williams Institute at the University of California, Los Angeles School of Law, as many as 1.4 million American adults identify as transgender, accounting for 0.6% of the population. This doubles previous estimates, which put the figure at 700,000, and raises concerns about services being sufficient enough to serve the larger population estimate. The U.S. military has also ended the ban of transgender individuals serving in the military. This was one of the last barriers for preventing who can serve in the armed forces.

The EU Referendum Has Caused a Mental Health Crisis

British citizens concerned about the effects of so-called Brexit—the referendum that decided the United Kingdom will leave the European Union—are increasingly experiencing psychological distress over the change. Therapists in the UK are reporting higher levels of anxiety among people in therapy. Some express fears of a dystopian and uncertain future, while others are engaged in contentious disputes with friends who supported the measure.

Could a Smartphone App Be Key to Preventing Future Suicide Attempts?

Scientists have been researching methods to better prevent suicide, and a new smartphone app may make prediction more reliable. Researchers developed a tool that logs suicidal thoughts and actions at random and specific intervals throughout the day. Because many may be reluctant to report such feelings to a medical provider, the app has the potential to be more effective than psychiatrists and psychologists by encouraging honesty.

Summer Books: The Psychology Behind a Perfect Beach Read

The perfect summer read can transport readers to new locales and lives. Some experts say people are more receptive to being transported to another world through a book when they are on vacation, as they are removed from the stress and cognitive load of daily life. For this reason, a vacation could be the best time to embrace new literature.

Experimental Zika Vaccine Works in Mice, Protects with One Shot

In rodent studies, two different vaccines for Zika—the virus linked to microcephaly, late miscarriage, and other birth defects during pregnancy—protected mice in a single dose. One vaccine uses inactivated Zika to provoke an immune response; the other uses DNA strands from the virus to “teach” the immune system the proper immune response. The U.S. Food and Drug Administration (FDA) recently gave vaccine manufacturers permission to test potential Zika vaccines on humans.

Stress may be contagious between students and teachers, a new study reports. According to the research, which measures cortisol—a stress-related hormone—in elementary school students’ saliva, cortisol levels were higher in students whose teachers had high levels of burnout or emotional exhaustion. Previous research has connected high cortisol levels in children with high rates of learning difficulties and other mental health issues.

Media Not the Scapegoat When It Comes to Teen Sex

According to a review of 22 studies that explored the connection between media exposure and adolescent sexual behavior, the media is not the culprit in influencing teen sexual behaviors. The study found no conclusive evidence that increasingly “sexy” media alters teen behavior and only a very weak correlation that exposure to sexualized media increases the likelihood that teens will have sex.