Can Intimacy Be Bought? 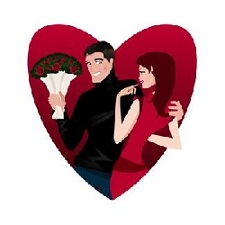 The oldest profession in the world has undergone a makeover in recent years. Although subtle, the changes to prostitution are having ripple effects. The business that used to be marketed on street corners and in seedy bars has gone high class. Escorts that provide sexual services are available as companions for outings, family gatherings, business functions and other events that are usually reserved for significant others. And the lure of having a date for these important occasions, and being guaranteed sex, is becoming irresistible for many men. However, the men who pay for sex are discovering that it is not just the sex they really want but the love and intimacy that come with it.

Researchers from George Washington University conducted an online examination of conversations between clients and escorts and found that of the 2,442 posts, many were about things other than sex. The authors believe that the transition from sex to pseudo-relationship that is emerging in the world of prostitution is due in large part to the mock dating services that escort companies provide as part of the overall package. Men enter into an agreement for companionship and sex but may soon find that the close, personal conversations and comforting presence of the escort cause them to fall in love. Christine Milrod, a sexologist and coauthor of the study, says this is especially true when a client patronizes the same escort repeatedly.

The popularity of this “girlfriend experience” of sex for hire can blur the lines between sexual satisfaction and relationship attachment. Although many of the men surveyed said that they hire sexual escorts primarily for the sex, they enjoyed the fact that the women were obligated to engage in conversations with them. They also liked being able to explore sexual fantasies that they might not otherwise have an opportunity to explore. The fact that an emotional and intimate connection may develop is merely a byproduct of this novel approach to prostitution. The authors added, “Like any other commercially packaged leisure activity, intimacy is now readily available for a price.”