Internalized Homophobia: Could You Be Susceptible? 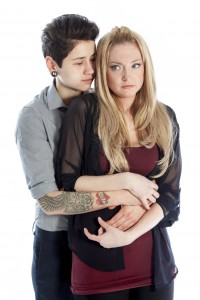 If you are gay, you know very well what homophobia is. You live with it every day. There have been great strides made in recent years towards gay rights, but there is still plenty of stigma, social injustice, and violence to contend with. Could you also be carrying some homophobia around inside you?

“Internalized homophobia” is the term used to describe negativity toward gay people that is absorbed by gay individuals from a lifetime of living in a society that denigrates them. (According to Merriam-Webster’s Dictionary, Denigrate: 1. to say very critical and often unfair things about (someone); 2. to make (something) seem less important or valuable.)

Sound familiar? This is a form of homophobia that many gay people are unaware of. Yet internalized homophobia can damage self-esteem, contribute to domestic violence in gay couples, and limit your personal freedom.

To see if you are carrying around negative thoughts about being gay, ask yourself some questions: Does some part of you feel embarrassed by being gay? Do you feel uncomfortable with public gay events? Are you critical of gay people who don’t conform to straight standards of appearance and behavior? Do you only feel comfortable with other gay people?

If you answered yes to any of these, it is not your fault. Society tells you that you are a second-class citizen—or worse.

There are ways, however, to combat the negative influence. For example, how much do you know about gay history? All people like to have roots and to know that there are others like themselves that are admired and respected. Educate yourself about your history. There are plenty of gay (and bisexual, and transgender) people who have made their mark, including Alexander the Great, Sappho, Erasmus, Tchaikovsky, Walt Whitman, Gertrude Stein, Leonard Bernstein, and Harvey Milk, to name a few (Edwards-Stout, 2012).

We all, as humans, like to feel part of a greater whole. While you don’t have to exclude yourself from non-gay events, it is good to have the camaraderie of and connection with others with whom you share a common bond. This is easy if you live in Los Angeles or New York, but may be a lot harder if you live in a rural location or a less cosmopolitan part of the country. In those cases, you may have to do your connecting online. Fortunately, the internet is now abundant with resources for social connection.

Activism is another way to feel stronger about your identity. It’s not for everyone, but for those who are comfortable with it, it can be a way to connect with others and at the same time empower you. One of the big issues for minorities in a society is the lack of voice; making yourself heard takes away that feeling of invisibility and isolation.

On a more personal level, do you often find people around you making “gay” jokes? All in good fun, of course, right? Sometimes it might even be you or your gay friends making the jokes. But is it harmless fun? Not always. You may be soaking in more negativity without realizing it.

Jokes about lawyers, politicians, and so forth don’t tend to have the same sting in them, because they are about what one does. (Although I’m sure lawyers and politicians get tired of hearing the aspersions on their characters!) Jokes about minorities tend to be about who they are. The very fact that they are singled out as the butt of jokes says a lot.

Getting other people to see this, however, is tricky. Because minority jokes are put under the umbrella of humor, any protests are likely to be met with accusations of “being sensitive” or having “no sense of humor.” I’m sure that, for the most part, the people making the jokes do not intend to cause harm. And I would not suggest that you give anyone a lecture or become enraged when you hear a joke. But it’s important that you gauge your feelings when you hear them.

How you respond will depend a lot on who’s making the joke and what the situation is. You might try simply smiling and walking away in the middle of the telling. Or you could use humor yourself and say, “I’ve got one, too: These two hetero guys walk into a bar….” Or, you could simply say, “I’m not really cool with gay jokes.”

Homophobia hurts us all, as it deprives us of valuable human resources and tears at our bonds of community by shutting out certain members. Don’t let it hurt you on a second level by absorbing it.