Insurance, Attorneys, Diets, and Zits: The Minuses of Ads 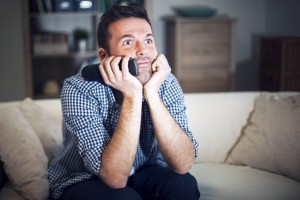 Though I’m not a big TV watcher, I recently found myself beached due to a prolonged bout with the flu. Channel surfing yielded nothing I actually wanted to watch, but I found myself riveted by what became an unofficial study of the realm of commercials.

If you’ve ever wondered about the subtle—or not-so-subtle—effects of television ads, you need only talk to your child. Several years back, my husband and I were talking about our taxes. My son, who was only 4 at the time, interrupted and said, “Just ask Roni Deutch—she’ll tell you what to do!” We both stared in wonder: first, that he had memorized this promo, but also that he had apparently heard it on a children’s network! Though he obviously had no understanding of what he was saying, the message had been clearly implanted—and appropriately parroted—so that it reached its designated target.

In my “study,” I noticed that most of the commercials fit one of four categories: insurance, attorneys, diet products, and acne remedies. What, I asked myself, are the unspoken messages behind these sales pitches?

As a mom, I have always tried to help my son understand the insidious nature of advertising because it is sadly so ubiquitous in our culture. Though we may be inclined to just write off commercials and say “they are only ads,” their influence is greater than we like to admit.

So, next time you turn on the TV, notice all the advertising and observe your reactions. Does a potato chip ad make you hungry? Does a makeup ad make you go check out a mirror? Be aware of the influences and you will make mindful choices that are based on what you truly need.