Making Friends with Your Critical Self: Overcoming an Obstacle to Self Expression 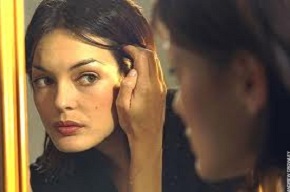 The article is due. The performance is today. The gallery exhibit opens next week. And you’re not ready. A small voice inside your head is saying, forget it. It’s no use. You’ve lost it. What you have to say is NOT more important than what anyone else has to share with the world. You’ve never written (painted, composed or performed) anything worthwhile. And you’re frozen, immobilized, mute – again. Maybe the voice has merely turned your world from colorful to dull gray, but, if you’ve become severely depressed over your inability to create, the voice may be this time have transformed itself from merely a very critical super-ego entity into a little gremlin of almost demonic quality that sits on your shoulder whispering its withering words and following them up with a cackle that is strongly evocative of the Wicked Witch of the West.

What – or who – is this small voice inside of you that has the power to stop you cold, turn out the lights on your attempts at creative expression, and keep you immobilized? It’s your old friend turned nemesis, the Inner Critic, and you need to get to know it, because handled properly your Inner Critic can turn into one of your most valued assets.

In their book, Embracing Your Inner Critic: Turning Self-Criticism into a Creative Asset, authors Hal Stone and Sidra Stone explain the genesis of self-criticism and offer a very helpful path toward reconciling with the Inner Critic and transforming it from foe to friend. Simply put, the Inner Critic has its genesis in introjections (adoptions of beliefs expressed by others so that they are made a part of our own belief system) of statements made by significant others to or about us during our early, formative years that have a powerful impact on the development of our self-confidence. Perhaps at age four we heard one of our parents express worry that we were not as coordinated as the other children; at 10, we noted their concern that, due to our lack of focused practice, we might not be ready to perform the Mozart Sonata on the piano recital on Saturday or, at age 16, their disappointment that our SAT scores only qualified us as semi-finalists in a competitive scholarship program, for example.

Most likely, the beliefs implied in those parental worries, concerns or disappointments were not intended as criticisms of us: they were simply manifestations of our parents’ concern for our well-being, safety and security – or they could have been expressions of their own lack of self-confidence about their abilities to help us. But, it is our interpretation of those expressions and those introjected beliefs that give the Inner Critic its power. Because the Inner Critic is formed so early in life, at a time when our critical thinking and analytical abilities are not yet fully formed, our minds are not able to translate the criticism we remember hearing as younger persons into the mature caring and concern for our well-being that may have been intended by our significant others when the statements were made. Voice Dialogue, a counseling technique in which a trained therapist engages in communication with one’s self-critical inner voice to help elicit its more helpful motives and to transform it from a liability into an asset, can be very helpful in our quest to free ourselves from the debilitating self-criticism that results from our early, mistaken introjections.

If you’re having difficulty finishing a creative project, after reviewing this brief introduction to the concept of the Inner Critic and hearing about the Voice Dialogue Method you may wish to seek a professional relationship with a counselor or therapist trained as a Voice Dialogue Facilitator. There are similar methods used in the counseling rooms of therapists trained in a variety of techniques, including Gestalt Therapy, Experiential Therapy and Psychoanalytic Theory. A technique I utilize with my clients is really a “Trialogue” in which I function as something of a mediator between a client and her Critical Self.

Based on my own experience of doing the “Trialogue” with my Critical Self, the following is an example of what might happen. (I will issue a caveat here: please do not use this method for working on your own issues without first seeking the help of a trained professional!)

Therapist: (to Critical Self) Hello. I’ve asked you to have a discussion with us today because, as you are no doubt aware, Suellen is having a great deal of difficulty finishing a writing assignment that is overdue and we need some help from you to get this done.

CS: Well, I was wondering when you might decide to consult me about her massive incompetence. She is just ridiculously slow and couldn’t meet a deadline if her life depended on it. Just look at why she’s here – she’s blown it again and comes to you whining about it.

TH: Those comments sound pretty disparaging. You must be awfully frustrated with her.

CS: Are you kidding? That’s the understatement of the century. She’s always making me look bad. I have a reputation to think about, but apparently it’s not at all important to her. She doesn’t even try.

TH: (To client) Do you want to respond to that?

SFA: I don’t try because every time I do, you make fun of me and tell me how stupid and untalented I am. No wonder I feel like giving up – you won’t give me an ounce of credit for anything I do. I feel as though nothing I do will ever be good enough for you!

TH: Do you see how frustrated she is?

CS: I don’t know why she’s so frustrated. I’ve told her and told her how to do it. Start early. Don’t procrastinate. Work on it some every day. She waits until the last minute before she starts a project and then wonders why she can’t get it done.

SFA: I can’t do it because I know that no matter what or how well I do, you will always be ashamed of my efforts. They will never please you.

TH: We seem to be at an impasse here. (To CS) Can you help us out? I think that’s really why you’re so insistent that she do everything well, and on time. You want to help her out, but she’s not understanding the methods you’re using to go about it. What is it that you want for her?

CS: (Sighing) I want her to do her best so that she doesn’t embarrass herself. You know how brutal the world is. Critics will eat you alive if you’re not on top of your game at all times!

TH: Sounds as though you’ve been embarrassed a time or two yourself.

SFA: And I wish you wouldn’t take it out on me. I can’t help what happened to you.

CS: (Softening) Honey, I know. It’s just that I’m concerned for you, and I don’t want you to suffer the criticism I’ve suffered.

SFA: I’m beginning to understand why you’ve been so tough on me. But it still doesn’t help.

TH: (to CS) How can you maintain your concern for her, without seeming to be so heavy-handed?

SFA: I would certainly appreciate that.

As this “Trialogue” reveals, clients with creative blocks may have introjected parental concerns about the importance of keeping up appearances and avoiding embarrassment at all costs – these and other parental concerns have formed the spawned the creation of our inner Critical Self. Continued communication in sessions with the Critical Self unmasks the vulnerability lying at the core of the carping self-criticism that has plagued the client and formed the basis for often severe cases of performance anxiety and creative blocks. As we continue our work with the Critical Self, the client learns to train herself to notice the Critic at work and to become less reactive to its voice. She also becomes adept at using techniques to soothe the Critic by showing understanding of its underlying concern for her well-being, thanking it for its good intentions, and assuring it that she will do her very best to avoid embarrassing it, while at the same time assertively reminding it that she is only human and will never be perfect. In turn, the Critic’s voice slowly becomes less strident.

An overly developed Inner Critic is only one barrier to the free expression of creativity, but it can be formidable. Learning to listen to, empathize with and soothe our Inner Critic can help lower that barrier significantly. Because it’s likely taken a long time for the Inner Critic to develop its strength, the process of learning to live with it will also take time. Being patient through the process will provide the Critic with a good example to follow. After all, the Inner Critic is an aspect of you, and need not be eradicated entirely. The goal is to transform it into your biggest fan, and through acceptance, courage and wisdom, that can be done.

Will you listen for what your Inner Critic is really saying?