Healing the Hurt of an Affair 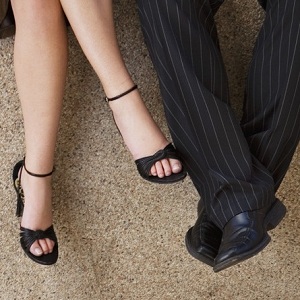 Infidelity can be one of the most painful experiences in a relationship. The betrayal and loss of trust can pull the rug out from even the strongest of partnerships. Many people who have felt the immense emotional toll of being cheated on may not be able to get past the hurt. Although it is not easy, there are things couples can do to get through and past the damage of infidelity. In a recent article, several experts detailed some of them. Rutgers University anthropologist Helen Fisher explains that people are driven by a need for security, romance, and sex. When they don’t get all three from their mate, they may look outside the relationship. In fact, research suggests that infidelity occurs in as many as 20% of relationships in the United States.

The most significant problem with infidelity is rarely the sexual act itself. “It’s not just a loss of trust or fidelity,” says Janis Abrahms Spring, a clinical psychologist and author. “Hurt partners experience a basic loss of self … it’s shattering.” Spring says relationships can be saved after infidelity, but it requires both partners working hard to rebuild the trust and extend forgiveness. She believes that most affairs occur because of unhappiness in the marriage, and even though the unfaithful spouse must take responsibility for the affair itself, the other spouse must also acknowledge how he or she contributed to feelings of separation prior to the affair. Spring says that couples can learn from affairs, despite the pain they cause.

Experts also agree that most couples require therapy in the aftermath of an affair. Learning how to communicate with each other, how to repair the damage, create transparency, and eventually move past the affair are all essential skills for couples trying to deal with the causes and effects of infidelity. Spring says that therapy can shed light on issues that may have contributed to the infidelity. Once couples are aware of these, they can work to change their behaviors and attitudes and meet each other’s needs.