Improvements and Shortcomings of the Affordable Care Act 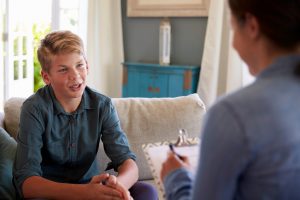 Whatever the future holds for health care in the United States, the legacy of the Patient Protection and Affordable Care Act (ACA)—commonly known as Obamacare—will likely be shaped by both its accomplishments and its shortcomings. Many mental health professionals praised the new law for greatly expanding access and care, while others felt not nearly enough was accomplished in the process.

The legislation was signed into law by former President Barack Obama in March 2010, just 14 months into his first term. Since its approval, conservative lawmakers have set their sights on repealing it.

Although a Republican-led effort to repeal and replace the ACA failed without a vote in March 2017, the new presidential administration remains determined to pass new health care legislation. In the meantime, the future remains unclear for both the health care industry and millions of Americans who depend on the ACA. That same uncertainty also faces mental health professionals, with many fearing recent advances in access and care will be rolled back or abandoned altogether.

How the ACA is viewed in years to come may rest in individual opinion, with supporters praising the law’s many good intentions just as opponents focus on its perceived shortcomings. Here are some of the most frequently referenced pros and cons of the Affordable Care Act:

By broadly expanding access to Medicaid, the ACA significantly increased the number of Americans able to receive coverage, including access to treatment for mental health conditions.

The spirit of the ACA reflected and expanded upon earlier federal legislation aimed at improving the overall landscape of mental health care in the U.S., highlighting issues such as access, parity to other forms of health care, and stigma surrounding mental health conditions.

The Mental Health Parity and Addiction Equity Act (MHPAEA) was passed ahead of the ACA with the aim of balancing mental health coverage with comparable levels of medical or surgical care. The ACA extended signature aspects of the MHPAEA to larger markets and health care plans—widely seen as a positive step among mental health care providers.

However, in many parts of the country, access to some of the ACA’s federal funding was blocked or denied at the state level. This left many Americans technically qualified to receive coverage, but still unable to readily access or afford it.

True expanded access might only be achieved when the proper referral channels and treatment options are functioning clearly and officially. With mental health, issues of access may ultimately require a broad change in how therapy and mental health treatment are viewed—even among physicians and other health care providers.

By requiring coverage for behavioral health screenings, the law placed a new emphasis on preventative mental health care. The requirement that preventative measures be available at no cost to the insured represented a new emphasis on early diagnosis. It recognized the value in detecting issues early enough to prevent larger health care spending later.

Some of the measures included in the ACA’s coverage requirements are depression screenings and behavioral assessments for children.

While mental health treatment is becoming more accepted among health care providers, it is still not universally recognized across all insurance plans. Insured individuals are more likely to have coverage denied for mental health services compared to physical health care, and psychiatric medications are often more difficult to get approved compared to more traditional prescriptions.

Many believe these gaps in coverage were not adequately addressed under the ACA, leaving an ongoing lack of parity with other forms of care, both in funding and distribution of services.

Prior to the ACA, parity meant an insurer offered mental health benefits only somewhat on par with traditional medical benefits, said Nadereh Pourat, PhD, a professor of health policy and management from the University of California, Los Angeles Fielding School of Public Health.

“The repeal of the ACA [would set] the clock back to when you could buy a cheaper policy without these benefits,” Pourat said. “But if you needed them unexpectedly, you would have to pay for them yourself.”

One popular element of the ACA that may prove difficult to eliminate is the extension of coverage for young adults under a parent’s plan until they reach age 26. In terms of access to mental health treatment, the extension of coverage represented an opportunity to bring preventative care to a generation of young adults during an age when many may struggle to afford their own insurance.

With mental health concerns among young adults on the rise, these preventative measures carried the potential to help millions address their symptoms early, potentially with lifesaving outcomes.

By mandating individual coverage, and by requiring all plans to cover mental health and addiction treatment, the ACA expanded mental health services nationwide. Despite this, other barriers continue to challenge access.

With mental health, issues of access may ultimately require a broad change in how therapy and mental health treatment are viewed—even among physicians and other health care providers.Research shows psychiatrists were significantly less likely than general practitioners to accept private insurance in the years following implementation of the ACA. In a 2014 report published in the journal JAMA Psychiatry, more than half the psychiatrists surveyed did not accept Medicaid or Medicare. The primary reason given was low reimbursement for their services.

Access to quality health care is crucial, Pourat said, and providing it should not be equated with purchasing everyday consumer goods, such as a television.

“People’s lives don’t hang in the balance if they don’t have access to a TV,” Pourat said.

The ACA’s legacy will likely be shaped significantly by what follows it. However, as Congress has not yet been able to introduce a viable replacement plan, it seems the Affordable Care Act will remain in effect for the foreseeable future.