Love Is Not Enough: Important Considerations Before Marriage 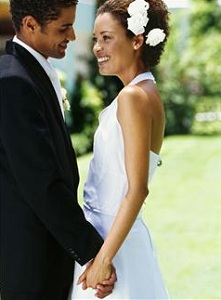 Jack had a spring in his step as he headed for home. It was 2 AM, but the night had flown by. He was so in love. Karen was beautiful, inside and out. And, miracle of miracles, she loved him too! She had told him that. Tonight, she made it clear. It wasn’t just attraction; it was love! They would spend a lifetime together. His head was full of his dreams and plans as he headed home. He couldn’t wait to see her again and texted her right there in the middle of the street at 2 AM. “I luv u; g’nite,” he wrote. “I luv u 2” came back the immediate reply.

Jack and Karen had been dating for six months. They were not teenagers; they were mature adults with responsible jobs. They’d had their share of weird, annoying, or just plain wrong relationships. This one was different and they both said so to any friend that would care to listen. They were seeing each other often; at least three times a week. They’d had all the deep and heavy talks.

They were not living together and neither one wanted to. Perhaps you’d call them romantics; perhaps their religious values just happened to be in alignment, but that was a decision they both agreed on. What they did seem to want was to get married.

The question is: Have they done their due diligence?

Their what? They are not hiring employees! What are you talking about, Dr. Deb?

So let me ask you: In which instance do you have more to lose—making a wrong hire or choosing the wrong mate? See, I thought you’d understand. In fact, if we were wise, we’d all do the due diligence before falling head over heels for someone because it’s an awful lot harder to untangle yourself when you’re in love. In fact, once you’re smitten, you will argue with your best instincts; you will ignore the advice of friends; you will deny what you see; and you will forget the arithmetic you learned in third grade (as in adding up 2 + 2).

Allow me to suggest to you four broad areas to take a good look at before getting married:

1) Does she or he treat you right?

If he or she ignores you when you’re talking, goes out with others, forgets to invite you to social or family events, isn’t polite, finds fault, wants things his or her own way all the time, doesn’t ask your opinion, blames, criticizes, is sarcastic, flirts with others, forgets your birthday, or a host of other things that you can easily imagine, then he or she may not be treating you right.

I was just talking to a mom about her daughter who is recently engaged. Her daughter’s fiancé expected this mom to pay for the entire wedding, but he wanted only the most expensive hall and caterer. I was surprised. I thought men weren’t into that so much. No, she told me, this one was. “And how does your daughter feel about it?” was my key question. “She doesn’t agree with him,” this mother came back. “She’s a frugal person. She earns well but wants to save much more than he does.”

Now I was surprised again. How could this couple get this far without having ironed this out? Doesn’t this young man want to please her? The mom explained that her daughter feels she should compromise to make her man happy. Well, that’s lovely. I agree in theory. But what is he donating to the cause? Compromise is a two-way street. If one person always gives in, that person will feel resentful over time.

Marriage is all about giving. That’s first base. It’s not about you; it’s about the other person. No chance of a home run if you can’t get to first base.

Besides love, marriage is a place where laundry and groceries and childcare get done. In order to elevate what could feel like drudgery to something pleasant, maybe even fun, there’s got to be a feeling of teamwork. Well before that ring is given, you’ve got to find out just what kind of a team you will be when it comes to finances, parenting, cleaning, and errands. This may be the central most critical part of marriage.

You are married to your partner’s family. Is the family nice, kind, friendly, open, accepting, supportive, or fault-finding, rejecting, dysfunctional, and mean?

Assuming the worst, there are only two ways to handle it: Your partner makes a clean break with the family or you end the relationship. There is no third choice. The clean break is financial, social, psychological, and perhaps geographical. Your partner must be a very strong person to be able to do that. The problem with clingy parents whose child will never marry anyone good enough for them is that they have brainwashed their child into thinking that they really do know best.

Someone I know was in a relationship that raised eyebrows. I suggested he speak to his girlfriend’s sister’s husband to get the lay of the land about what it’s like to be in that family. After all, that guy will become his brother-in-law eventually, so he’s a good person to ask: an outsider-insider.

A family could seem very lovely and accepting but still not want to let go of their child. At the last minute, they can pull the rug out. How do you prepare?

The answer is: Don’t ignore the tip of the iceberg. In other words, never, ever say, “Oh, that only happened one time.” No! Nothing is out of character. Whatever you observe is always part of a bigger pattern. So if your girlfriend’s parents stop a date, or weigh in negatively on your job, your character, your behavior (provided these are all sterling), or throw monkey wrenches into your relationship in any way, be forewarned.

Here’s something that actually happened to Jack. Karen’s parents decided to include her on their vacation. Karen is 26 and certainly doesn’t need to go with her parents. However, they were going to a resort and insisted that it would be such a nice bonding experience to have her for a week, especially before she gets married. This just happened to overlap Jack’s two weeks of vacation time, and he had been looking forward to spending it with Karen. Well, at least he’d have the second week, he thought. Then Karen texted him from the hotel to say that they were extending their stay another week.

Do you see the iceberg? When it comes to your partner’s family, your partner had better have your back.

Opposites do attract, but research shows that for a marriage to work out, the best foundation is to have religion, work ethic, family values, and other biggies more or less on the same page.

Make a list of what’s important to you and then tag a weight on each item from 1 to 10. Then compare with your partner.

4) Are you married for 30 years or are you just dating?

The rules are completely different if you are already married. Elsewhere on this site and on my own site and in my book I’ve talked extensively about turning around a marriage that is in pain. I’ve talked about healing, reconnecting spiritually, reigniting the passion, and starting over with your own spouse, even when there’s been verbal abuse.

This is because you have created a shared life together; you may even have children together. In the 5, 10, 20, or 30 years or more that have intervened, there is some kind of bond that must be respected. Statistics back me up: The one who files for divorce tends to end up more depressed as time goes on than the one who received the papers.

But when you are just dating, I don’t care whether it is a year or two, you don’t have that same shared life. You only have lost a little time, but nothing more. You think you have invested your heart, but you will see as you go forward that the investment was a drop in a bucket compared to divorce after a long-term marriage.

So, to reiterate my rules: When it’s a shared life, give the benefit of the doubt in trying to get along. When it’s a relatively new relationship, follow the tip-of-the-iceberg rule and run the other way if these four elements are not in place.