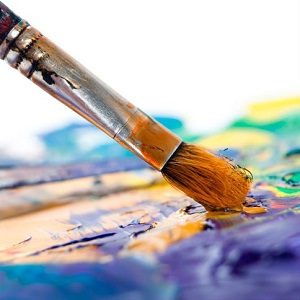 Full permission has been given by the client to tell this story on GoodTherapy.org. All identifying information has been changed.

Images hold keys that unlock our inner experiences. Images can penetrate mental defenses that have been dispelling or diminishing the importance of feelings and experiences in our lives. During a traumatic event(s), images, sounds, textures, smells, and tastes can become hardwired in the brain to the event. At the time of a trauma, the body internalizes feelings that might otherwise overwhelm normal ego function. Later those traumatic experiences can be accessed voluntarily, or triggered involuntarily, through the senses or movement.

People usually come into therapy for help to alleviate problems, such as depression, anxiety, anger, or rage. A person may come into therapy seeking help to change the dynamic of a relationship, or to make better choices in their daily lives. Oftentimes, therapy involves working on current issues, while at the same time drawing parallels to earlier life experiences. In art therapy, a person may create a piece of artwork during a session by drawing with markers, ink, pencils, or watercolor. The person may do this while talking about events that are causing distress. The artwork can become a record of the session thereby providing a visual link to what was discussed.

Sometimes a person will bring in content from a recent dream. He/she may bring in a piece of artwork that he/she has created off site, and use that to delve more deeply into the experience. In art psychotherapy we pay close attention to the meaning images hold for the individual. The meaning of an image may be obvious or logical to the person. Sometimes the meaning of an image can evolve or change. Oftentimes an image is felt through a connection, but the meaning becomes known, later, through interacting with it.

A man I see in therapy is making a video as part of his treatment. He came into therapy suffering from depression, anxiety, anger, and rage. He often brings his laptop or a thumb drive into session. Sometimes he addresses issues that are current in his life, and at other times he shows his work-in-progress and processes memories and experiences unearthed by his video project. Therapy is a process of trust-building, not only between the client and the therapist, but between the client and him- or herself. For this man, identifying the project that he wanted to work on and following through with it, helped him to build self-trust. Trusting that the project was going to be useful, trusting that he could execute it, trusting that he would complete it, and that he would learn something of himself helped shift his self perception of someone who never completes anything, to someone who has something to offer others through his video narrative.

This person had been traumatized throughout his childhood by relatives who inflicted physical and psychological pain upon him. A few years ago he acquired Super 8 film footage that included a clip of him when he was approximately 6 years old. In the short film clip that he transferred to video he is seen actively running around with other children. Since he was not the focus of the camera’s eye, the clip of him is very brief. He does not have other images of himself as a child, because his mother was mentally ill and incapable of operating a camera, and his father is unknown. The video clip captures his innocence, in a sense, because he wasn’t performing for the camera, he was simply being himself.

This man has looked at the short clip many times in session, while editing it into his larger video piece. He was able to incorporate other footage to create associations that refer more specifically to his experiences. He slowed down footage and sped it up. He made clips fill the screen and then vanish from sight, over a few seconds. He added a sound track of his voice, as well as music, that had personal relevance to him. He used transitions that helped him piece together events that spanned most of his life.

The few frames of Super 8 footage taken at an age when his memories were being formed, allowed him to connect to his experience and integrate them into his life. He processed his emotions and understood that his behavior was his way of numbing the pain. He was able to acknowledge his skill, having created a coping methods that, as a child, was necessary for survival. He learned that many of those early coping methods created other problems, such as drug addiction, incarceration, anger, rage and isolation. Through years of recovery and therapy he is now thriving and giving back to others, He volunteers and shares his story with those who have experienced similar traumas.

Images connect to the deeper recesses of who we are through the meaning we attach to them, both consciously and unconsciously. In therapy meaning is unique to the individual. An image can invite a conversation about meaning without a battery of forms or diagnoses that are necessary and useful for treatment, but in themselves often neglect the humanity and life experience of the person in front of us.