How to Keep Your Emotions in Check at Work 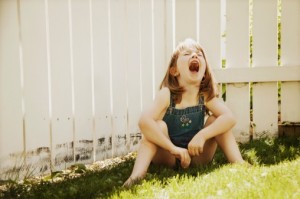 As adults, we don’t typically have tantrums. We don’t throw ourselves on the floor crying and screaming. We can, however, act out when we don’t have a space to honestly express our feelings.

Many people enter therapy with the intention of learning to control their stress. This is often preceded by verbal warnings at work telling them their stress is too visible.

Crying is a big one. Getting angry is another.

No, they wanted him to hide his stress better so as not to see it. They didn’t want to deal with his emotions.

I can understand this, to some extent, from an employer’s perspective. It’s hard to work in an atmosphere where someone is crying all the time. Certainly, it’s a challenge to focus on work if someone is screaming and pounding on their desk.

But office or workplace culture often sends mixed, even hypocritical, messages. In many workplaces, when a boss is stressed it’s perfectly acceptable to berate a subordinate, even in front of other employees. Expressions of the boss’ stress are allowed. Anyone else who gets upset or looks frazzled, though—that’s not okay. Giving back anger to a boss who is giving it to you? That’s a big no-no.

Some people can take their stress out on others, but most can’t.

Allow Yourself to Have Your Feelings

It’s important to understand that where there’s a crying jag or aggressive streak, there’s usually a buildup of attempts to push those feelings away by squelching or stuffing them. When those feelings come rushing out, it often follows days, maybe weeks, of holding them in.

When you fully express your feelings in the safe confines of your therapist’s office, you don’t have to do it in your boss’ office. You learn to modulate, but not squelch.

You can learn techniques to hide your feelings, but they’re going to come out somewhere, sometime. They’re going to pop out when you go home and are short with your kids, snap at your partner, or yell at the barista for not giving you the correct change. Maybe you’ll notice your body responds with muscle tension, headaches, or by getting sick.

That can happen with unexpressed feelings.

In session, a person will tell me the story of what’s been happening at work. I’ll hear about various incidents, but the feelings they inspire still might not be fully expressed.

It’s an interesting phenomenon, people in therapy continuing to not express their feelings.

Here’s the thing, though: When you fully express your feelings in the safe confines of your therapist’s office, you don’t have to do it in your boss’ office. You learn to modulate, but not squelch.

Express Feelings Where It’s Safe to Do So

Ever see the kid who’s an angel at school but has big tantrums at home? Ever witnessed how exhausted, yet fully soothed, that child becomes because they were able to show their “worst self” to someone safe and trusted, who acknowledged and empathized with their pain, who didn’t punish them, who comforted them when they were done?

It might seem paradoxical, but having tantrums at home can allow the child to have a higher frustration tolerance at school. The child knows they can express those feelings in a safe environment and, perhaps, explore the meanings behind the feelings with the parents.

You’re Not Too Emotional

The same concept applies with adults and therapy. Regardless of age, we all need to express our feelings somewhere, sometime, to keep them from coming out in destructive ways. Expressing strong feelings in therapy means you don’t have to release them to such a large extent at work.

Many people worry that if they deeply feel their feelings, there’ll be no turning back. If they turn on the tap, will they be able to turn it off? But like the child who feels safe having a tantrum at home and has no behavioral problems at school, we can learn to tolerate difficult feelings as they arise and express them fully in safe spaces.

We learn that feelings come and go. We learn to hold our partners when they cry. We learn to sit with our buddies when they’re depressed. We’re not too emotional. We just spend too much time trying to hold in emotions instead of listening to them.