How to Help a Teen Grieve the Loss of a Friend 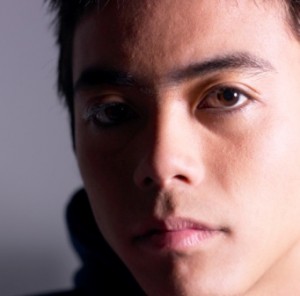 What does a counselor say to a teen who just found out his or her best friend has died an unexpected death? I recently found myself facing that very challenge. I found myself asking, “What can I do or say to fill the space?”

Sometimes, there simply are no words. While adults often have strong opinions about what grief should look like, such as talking about feelings, teens often don’t want to talk and just want to be with their feelings. An important lesson I learned is that when a teen is grieving, he/she needs to be given the same respect, trust, and space that adults receive when they are grieving in order to process feelings in his/her own way. Initially, teens often don’t want to answer questions, do art therapy, journal about their feelings, etc.

As I sat with a teen in my office, wondering if I should implement the strategies stated above, I could almost hear the words, “Just let me have my feelings!” I began to realize that I was the one uncomfortable with the silence and with “just being there” as the teen tried to absorb and process an event that forever changed the teen’s life. This is not to say that, at some point, opportunities for the teen to express grief won’t be helpful and therapeutic; however, the process needs to happen on the teen’s timeline, not mine.

There is no “right” way for teens to mourn the loss of a friend. I believe teens get through the mourning process in a more effective way if the adults in their lives walk that journey with them without trying to determine and/or tell them what they need and/or where they should be in the grieving process. Teens need to understand that they are in a grieving process and allow themselves to feel their feelings, which can be very scary. Initially, teens may resist allowing themselves to feel anger, sadness, confusion, the need for answers, and regret. They need to be given permission to “meet themselves where they are” and to understand that it is normal for their emotions to change frequently. At some point, opportunities for teens to express their grief through art, writing, talking, etc., will be helpful and therapeutic.

What is the best way for parents to “walk the journey” with a teen who has lost a friend to death? While each situation is different and individualized, parents can take the role of listener and learner and allow the teen to be the teacher. Parents need to follow their teen’s lead. Another way parents can walk beside their teen without being intrusive is by providing the support of outside resources that the teen can access as he/she feels the need to or when he/she feels ready to, before the teen has an opportunity to get stuck in the grief process.

Parents need to be mindful of their own grief issues, as they will influence the way they relate to their teen. Parents often fear that their teen will become suicidal or stuck in their grief and believe they need to monitor the teen at all times. While this belief comes from a spirit of caring, sometimes a teen will feel smothered and become resentful if the teen perceives that he/she doesn’t have the opportunity to grieve in his/her own way. While parents and other family members and friends should be nearby and available, a teen may need the opportunity to perceive that he/she has enough space to sob, yell, or scream without the fear that anyone can hear. Parents need to be careful of directing their teen’s grief process as opposed to being a companion and support.

While teens should not be judged for the way they grieve, clearly there are constructive behaviors as well as destructive behaviors teens may engage in while mourning. Behaviors that are considered constructive are those that encourage teens to face their grief, such as talking with trusted family members or friends and expressing emotion (along with creating art, journaling, etc.). Behaviors that are considered destructive are those that allow teens to “numb” their feelings, such as drugs, alcohol, reckless sexual behavior, antisocial behavior, academic problems, etc.