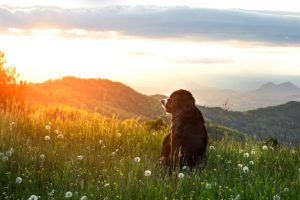 In the United States, there are almost as many pets as there are adult humans. Collectively, Americans keep 60 million dogs, 70 million cats, and a host of other animals as pets. More than half of all families in the U.S. have at least one pet, and many of those families consider their pets to be members of the family. Although the actual science is hard to quantify, most pet owners believe that their animal companion enriches the quality of their lives, which is why it can be so painful when they die.

Losing a beloved animal companion can be a heart-rending experience. Having to make the decision to euthanize a long- and still-cherished pet is arguably even more difficult. People often struggle with overwhelming feelings of grief, loss, and guilt after choosing to put their pets to sleep. These strong feelings that accompany euthanizing a pet come as the result of their roles in our lives and the strong bonds we are capable of developing with animals. In fact, research by Jaroleman indicates that the bond between people and their pets can have a direct impact on physical and mental health.

While losing a pet can affect us in profound ways and may be quite painful, there are several strategies that might be employed to help people cope successfully after putting a pet to sleep.

Prepare for the Grieving Process

Our animal companions provide us with love, support, and loyalty, and they often fulfill an important psychological need. When we are faced with the decision to euthanize our pets, it is the end of an important relationship—for some, one of the most important relationships in their lives. Many pet owners will experience some form of the grief, though each person will grieve differently. Though there are many different models for the grieving process, Elisabeth Kübler-Ross offered these five stages of grief in her book On Death and Dying:

The stages may not occur in any fixed order, and the duration and intensity of each stage can vary from person to person.

Do not be surprised if the pain you feel after putting your pet to sleep is deeper and sharper than you initially anticipated, so take the time you need to complete the grieving process. Losing companionship is never easy and it may take some time for you to come to terms with the changes in your family and life. 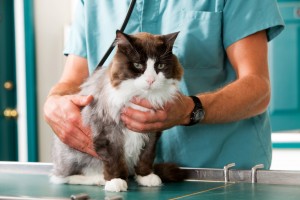 When we lose a close relative in death, the world around us tends to help us move through the grieving process. Family and friends may draw closer together for some time, we take time off from work, and people generally offer their support. The loss of a pet, however, is often met with much less sympathy or support. For example, a survey conducted by Quackenbush and Glickman revealed that 45% of pet owners that had lost a pet missed one to three days of work, even though most employers do not consider the loss of a pet to be grounds for bereavement leave.

While our immediate family members and veterinarians are likely able to relate to the pain we feel and offer needed support, some expect us to just “get on with it.” The world around us simply does not understand that our pet was not “just a dog” and that we cannot “just get a new one.”

According to research by Clements, Benasutti, and Carmone, “The loss or death of a pet, and the surrounding traumatic events, can unbalance existing social roles and family relationships, and can result in the disruption of dyadic relationships between the owner and other significant people (spouse, children, and colleagues).”

It is important not to push our friends and family members away, especially during this stressful time, and it may be helpful to open up to them and share our feelings. After all, who better to remind us of the wonderful times we shared together with our now departed pets?

If you don’t feel comfortable talking about how much your pet meant to you with your family and friends, consider making an appointment with a therapist. A therapist can provide healing support and help you understand the grieving process better. With time, he or she can provide tools and coping strategies to help you return to a normal life without your pet.

Anticipate a Change in Routine and Stay Busy with Meaningful Activities

Pet owners develop habits around their pets due to the dependency pets have on their human companions. Their very lives are at stake. Dedicated pet owners often set aside times for feeding, washing, and walking or exercising pets. For some people, their pets might even serve as living, breathing alarm clocks.

Humans are creatures of habit. We like to know what to expect and are comforted by the fact we exert a measure of control over our actions and responsibilities, but losing a pet dramatically alters that sense of routine and predictability. Quackenbush and Glickman’s survey of pet owners that had recently lost a pet found that 93% reported a disruption of their daily routines and 70% of respondents said their social activities diminished.

Considering this, it is easy to understand the emptiness a person might feel as he or she learns how to deal with life after a pet has been euthanized. Each day is now filled with standardized voids and blocks of time with nothing to do and no animal companion to fill them.

To help soothe your grief, fill these time slots with fun and meaningful activities, especially in the company of supportive companions. Play board games, go to the park, or have a dinner party—anything you might enjoy. You might even consider making a donation to an animal-rights charity in the name of your recently deceased pet. Here are a few other suggestions for activities that may help you heal: